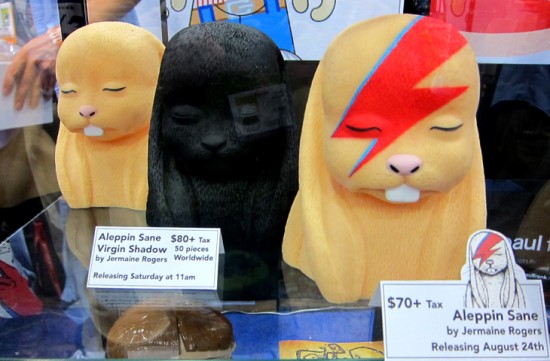 The newly-formed Plastic City Toys had a pretty stellar showing at SDCC considering their recent arrival on the designer toy scene. 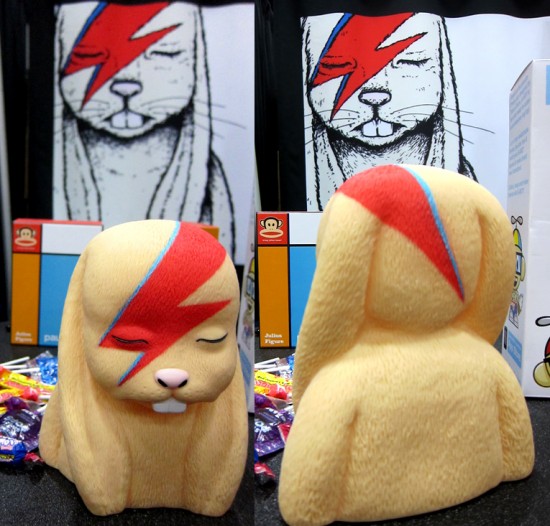 Although I couldn’t quite shake my previous concerns with Jermaine Rogers’ Aleppin Sane bust (it just seems like it should have been ‘weightier’), my love for Rogers’ art runs deep. Also, the busts were definitely selling. While I was hanging out taking pictures, this guy with the red hat came right up and bought one. 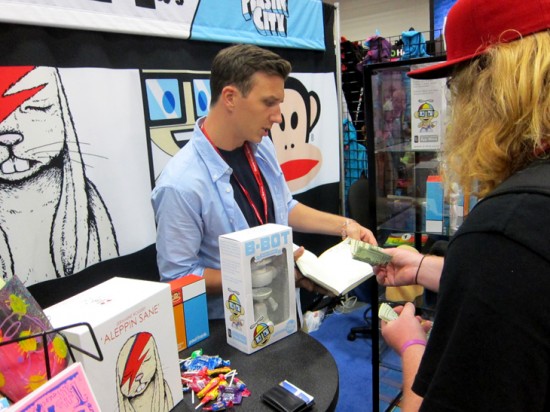 Ah yes, Paul Frank‘s Julius figure and of course its now-mandatory DIY white counterpart. This figure makes sense in the tradition of toys and ‘streetwear’. It was produced and packaged nicely. Like the bust though, it’s just not my thing. 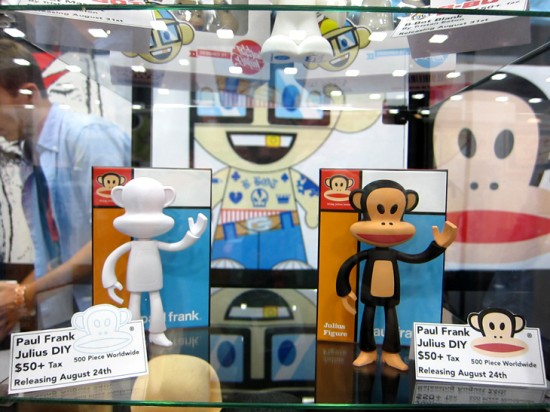 Josh Taylor‘s Mary and Birtram is an intriguing piece. “Mary McDougalfat and her
4th dimensional cephalopod friend Birtram” are characters from a comic by Taylor. The figures will be released later this summer by Plastic City. 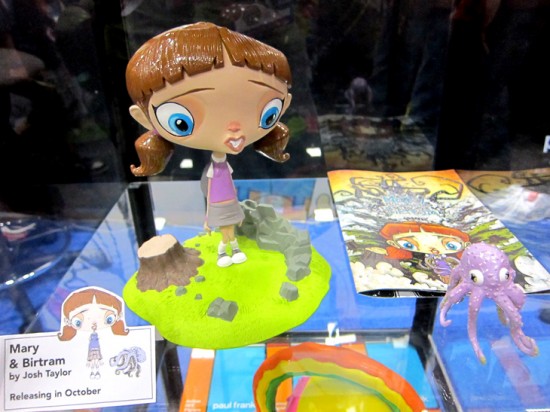 Part of me wants to like Tristan Eaton‘s B-Bot. It seems, perhaps, fair and fitting, that Eaton should enjoy name recognition on a platform toy considering he is in large part responsible for designing Kidrobot’s most successful figures: Munny and Dunny. But whereas B-Bot seemed like a fun or novel little iPhone app, the vinyl version feels dated immediately out of the box. In terms of opening up customizing toys to the mainstream, maybe B-Bot is right on time. I personally feel like Eaton is way beyond this, and I’d like to see more of him pushing the envelope in this medium. 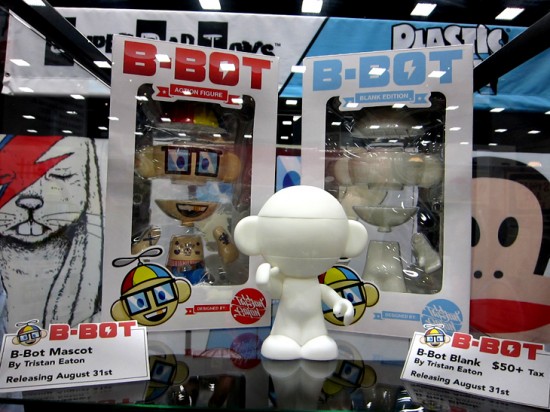 Remember way back in the first paragraph when I said Plastic City had a “pretty stellar showing”? Here it is. I dig this piece by MCA. The odd chunk of bearded, rainbow-wielding vinyl known as Fleabaine descends in October. 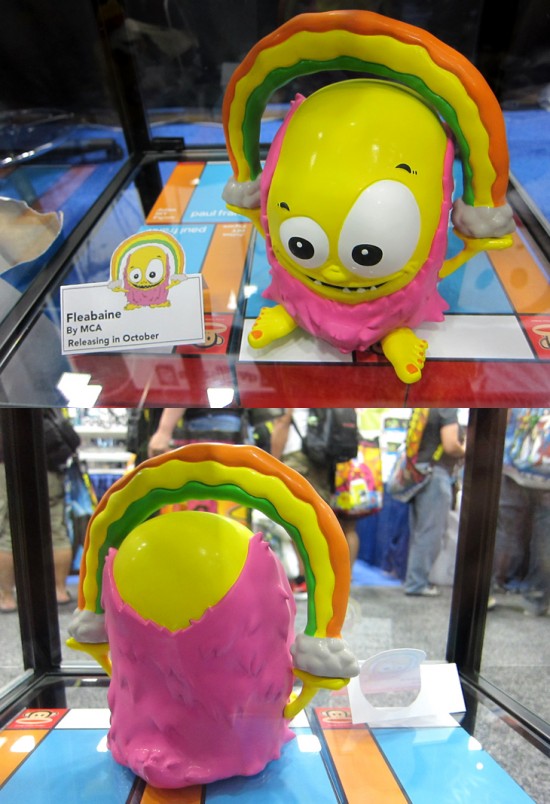