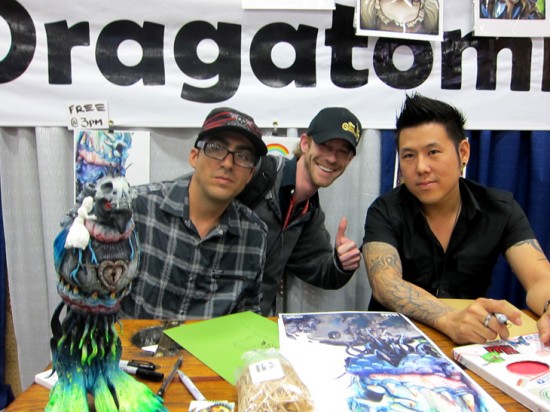 Speaking of cool collaborations and bromance (oh were we?), Comic-Con saw the debut of Brent Nolasco and J*RYU‘s epic My Drifting Heart resin art multiple. The beginnings of the 14-inch figure can be seen in 2D in this painting by Nolasco. 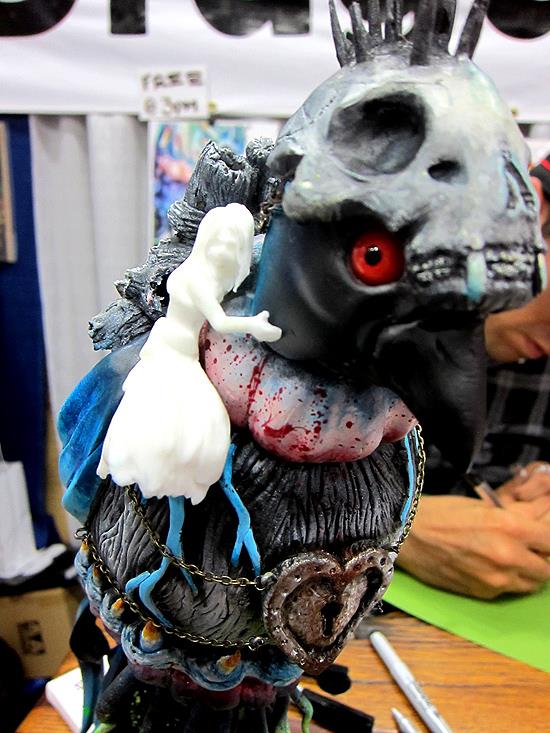 J*RYU did the sculpting, Dodgrr commenced with the casting and Nolasco hand-painted the edition of ten pieces. As the story goes, My Drifting Heart is said to be the sum of NINETEEN separately cast and assembled parts. Nineteen parts, huh? I’m leaning toward the conclusion that this figure may qualify for the coveted (and complimentary) OCD Art tag! (Though true obsessive compulsives would likely round it out to twenty parts…) 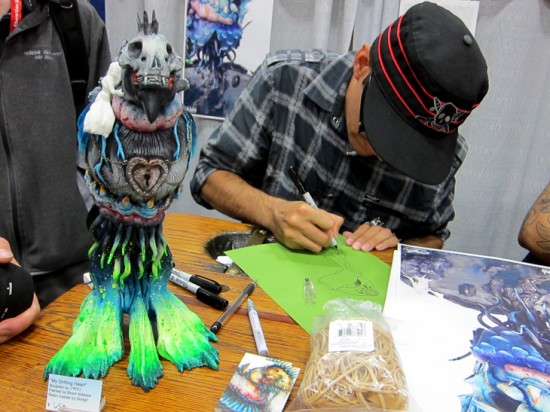 Here’s a nice quote from Nolasco about art toys:

For me, this project showcases the qualities that set ‘art toys’ apart from other offerings.  Namely the risk taking, dedication  and untold effort from artists and production crews  in order to create pieces that shouldn’t possibly exist, yet become reality, driven by artistic passion and the need for self-expression.

I think it also bears reiterating that the sculpted character (in part) originated in a pre-existing painting, which, as the schism between art and toy widens, is becoming something of a personal pre-requisite. 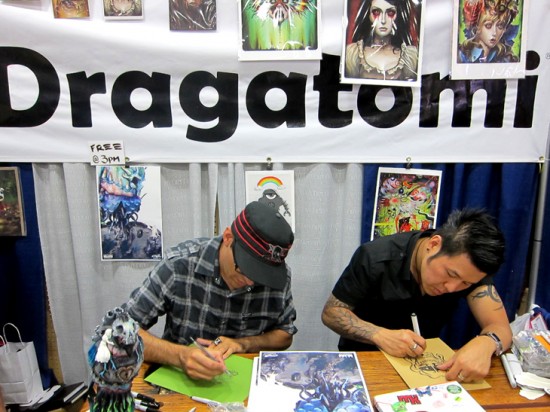 J*RYU added his recurring, spectral Haunt character to the sculpt after multiple conversations with Nolasco. He says:

I crafted the piece where it was not strictly adherent to any one sketch or painting, focusing more on the idea that we wanted to convey.

And what is that idea? 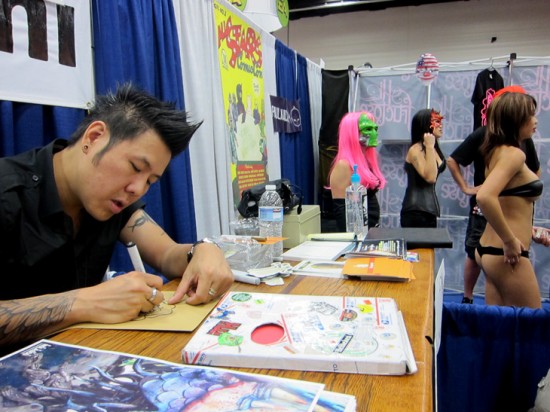 The story of My Drifting Heart:

The heart drifts freely in the ebb and flow of our lives, with the tide’s current taking it wherever it pleases. Knowing that it is fragile, thorns and spiky barriers are erected, armoring itself from those who wish to do it harm or to protect itself from the feelings it cannot help. And for every heart, there is but one key out there that can finally release it to flourish and fly, and shed itself of the ghosts that remain. It may not know where it may heading, but eventually the drifting heart will find it’s way…

Big ups to Jesse for keeping his concentration while the Sucklord Revue was taking place in his peripheral vision. My Drifting Heart, a complex and original art piece by Brent Nolasco and J*RYU is available for $650 online here.