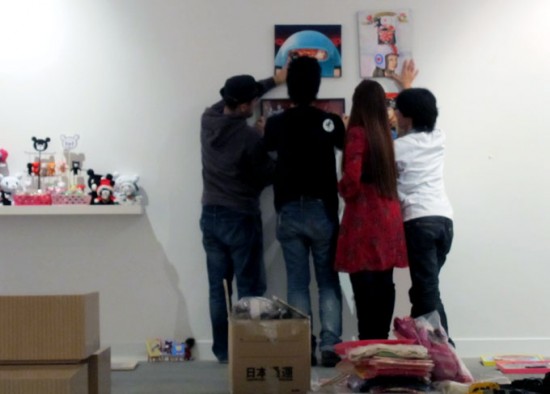 How many Japanese artists does it take to hang four paintings? It sounds like the beginning of a joke, but it’s really the beginning of LOVE MOVEMENT. And it’s no joke. In less than 48 hours Shin Tanaka, Nao, Satoshi Yoshioka, Chota Akatsuki, Hideki Shiroma, Kaz, Nanaco, Mark from Superfrog and me installed an art show with over 50 different artists using multiple mediums such as vinyl, video, plush, canvas and installation. 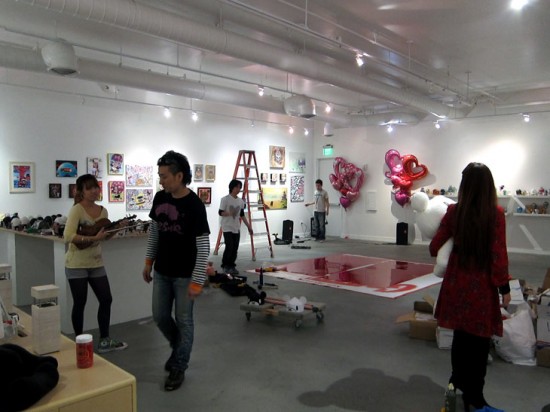 Everybody got straight to work Friday morning. 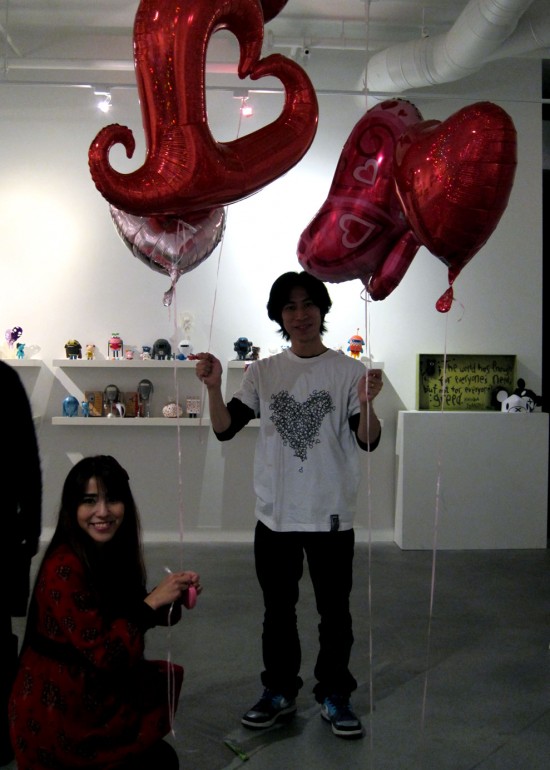 No detail was spared. Even the balloons were carefully curated. 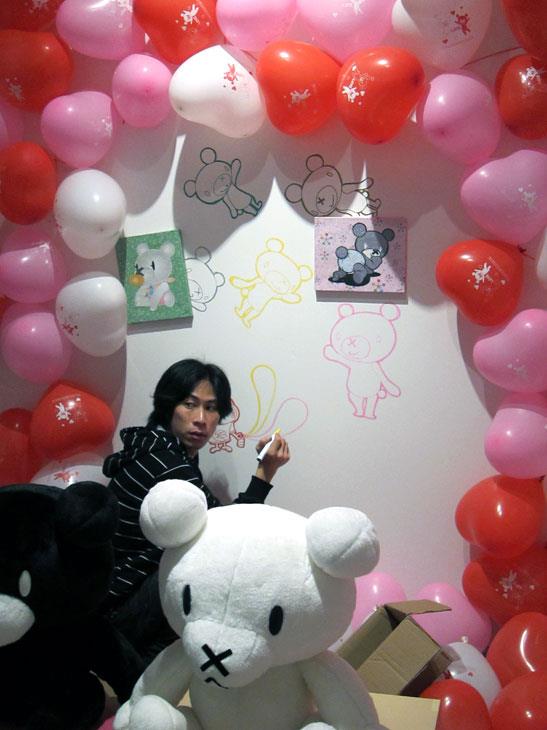 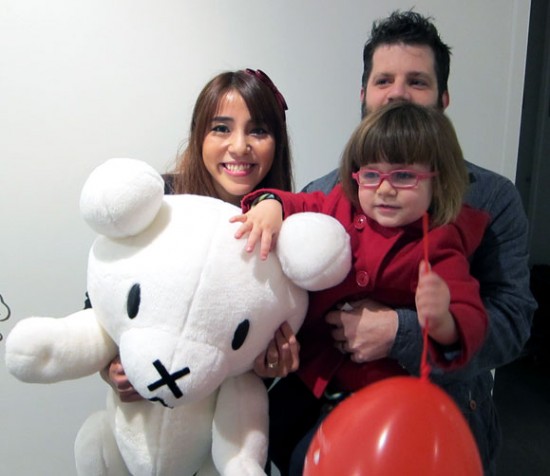 Local designer Brian Flynn stopped by to drop off his pieces for the show. His daughter, Ava, was one of the first little people to meet Big Danke. Verdict? Kid-tested and approved! 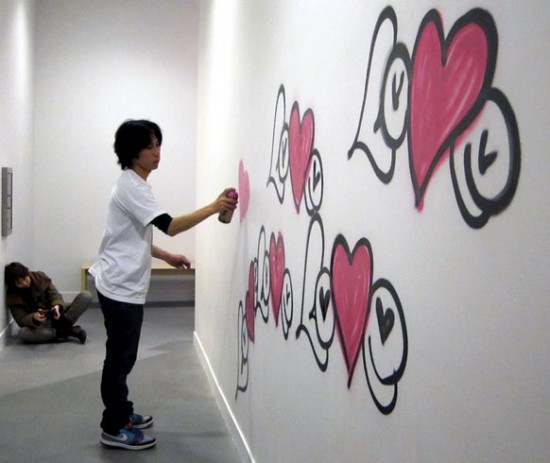 Here’s Shin getting busy on the Love Wall. 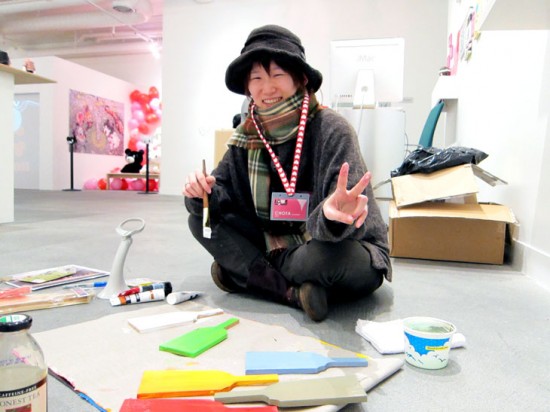 Here’s Chota chilling out painting wooden paddles. Throughout the event, our visiting artists painted and drew on these paddles, which were sold at the unbelievable price of $15-$30. There might be a few still available. 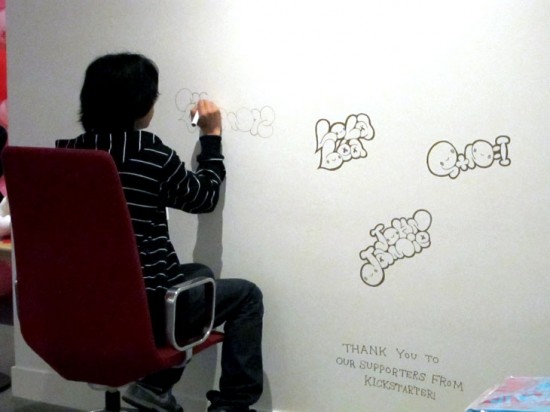 Yet another wall for Shin! This space was dedicated to those generous souls who pledged over $100 for LOVE MOVEMENT on Kickstarter. More on this tomorrow! 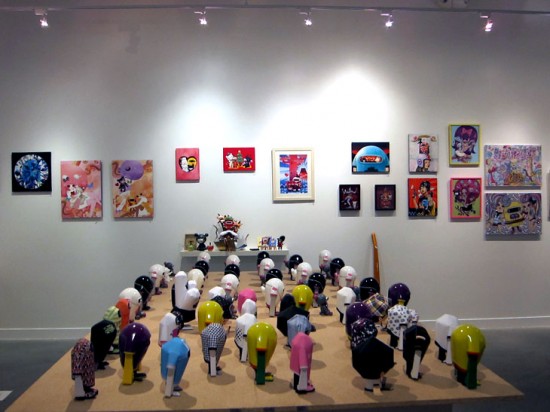 We lined up the army of vinyl and paper T-BOYs. All figures on this table are for sale. 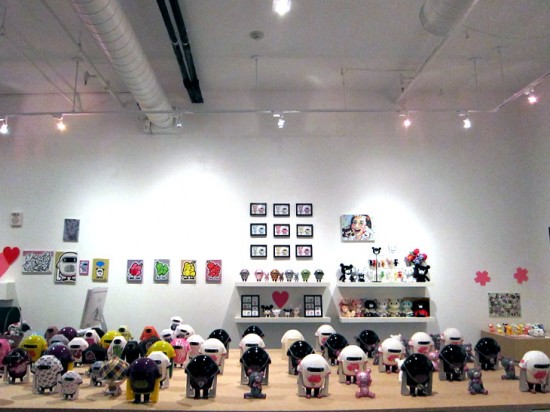 Another view of the paper and vinyl figures. Shin and Nao created the special black/purple and white/pink T-BOY colorways exclusively for LOVE MOVEMENT. They were made in an edition of 10 pieces each. 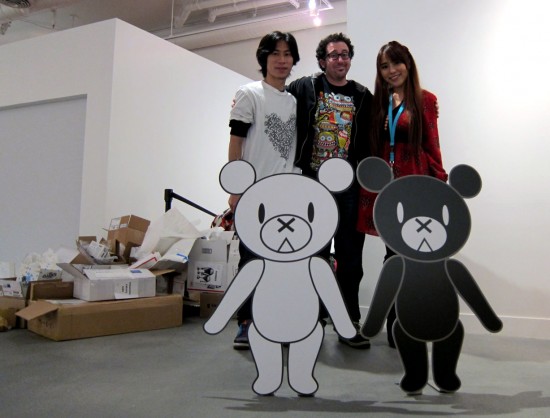 We look exhausted in this photo, but I’m including it here because the angle makes us look kind of tall. 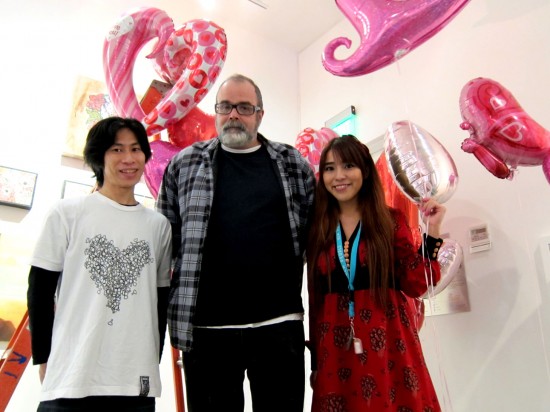 Just when everyone was starting to get tired, Frank Kozik showed up, fresh from pilates and full of cheer. 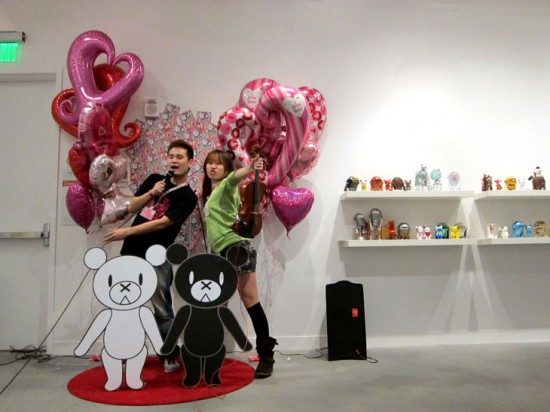 I feel so lucky I got to hear Kaz and Nanaco rehearsing all day. This is a dynamic duo. I’m glad there are many videos of their performances now circulating. 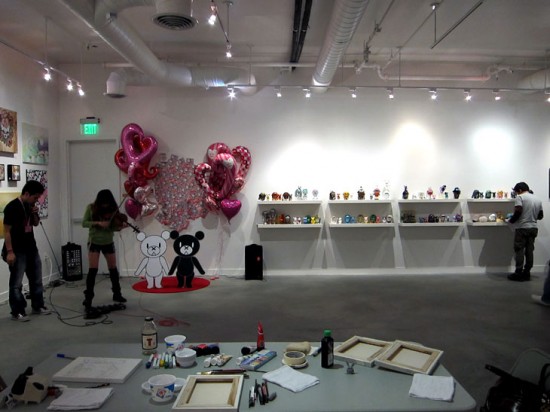 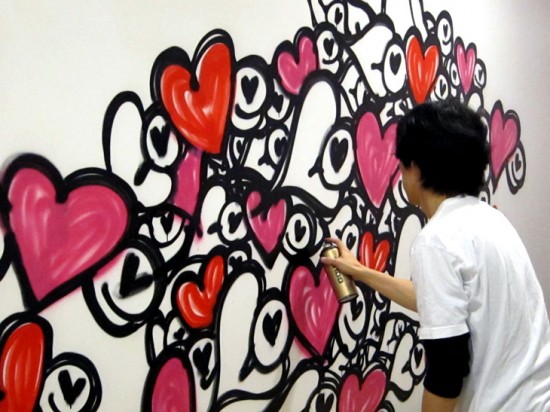 Shin finishing up the Love Wall… 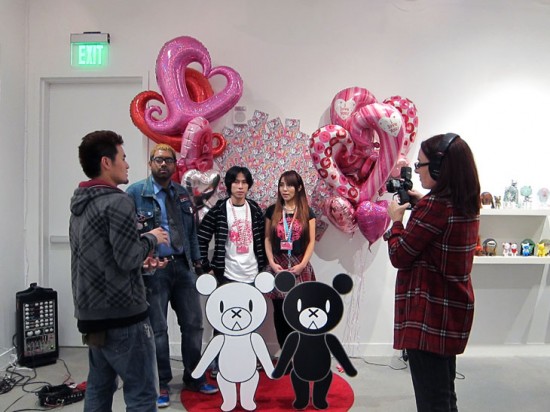 The last thing we did before opening the doors was this interview. Here, Kaz translates while Venom queries for Tomopop and Adrienne films for Nice Paper Toys.