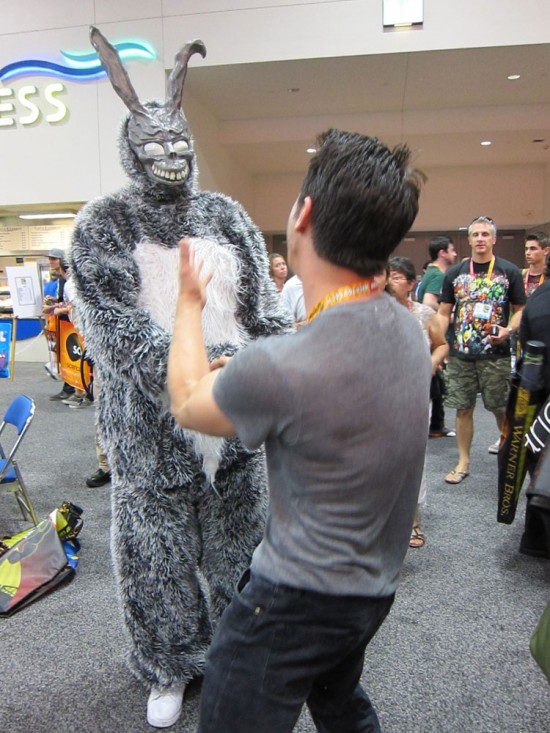 Who Wore It Better?

Last year at Comic-Con, I got within arm’s length of Rose McGowan and even mugged with Brian Posehn. It’s pretty tough to top that duo/full-spectrum celebrity sighting, but I did. I now present: My Best Fanboy Moment Ever (so far). 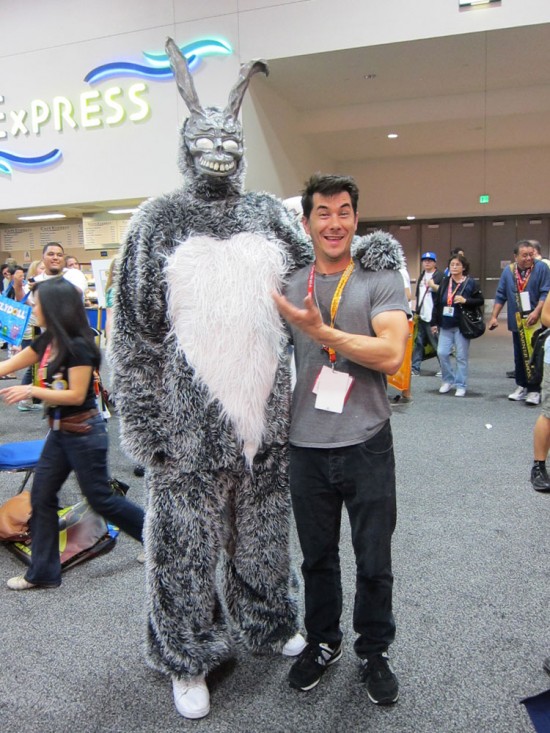 Frank the Bunny and James Duval

According to Motor City Comic-Con, actor James Duval had scheduled photo-ops on Friday, Saturday and Sunday. I didn’t know this beforehand, and I ran into Duval randomly on the exhibition hall floor. It was a serendipitous moment as Duval had just crossed paths with a fan wearing a Frank the Bunny costume. Frank the Bunny was, of course, the character played by James Duval in one of my all-time favorite movies, Donnie Darko (2001). In a rare minute of reckless abandon (and social triumph), I thrust my camera at a total stranger and got this photo. 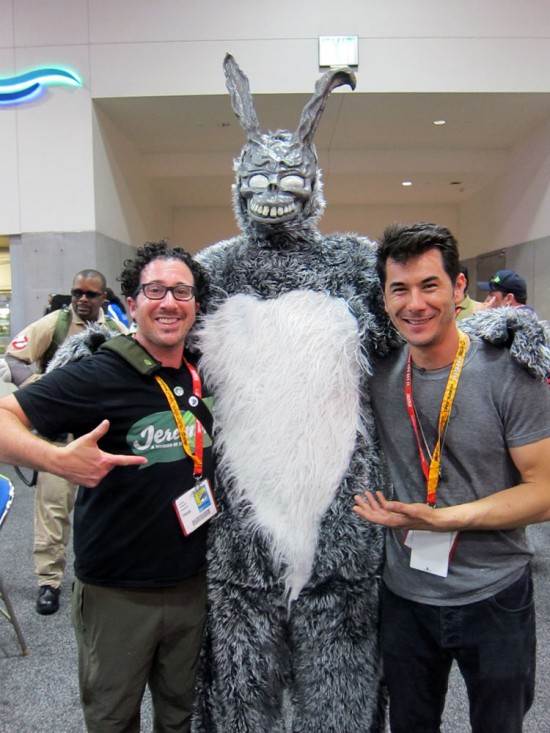 Just how happy am I in this picture? I am SO HAPPY that security (fearing something paranormal was occurring) called in Ghostbusters. (You can see them cautiously approaching from behind.) If this Donnie Darko fan’s actual head is in the mask portion of the Frank the Bunny costume, that is insane. That is commitment! In our brief time together, Duval remarked how much taller the fansuit was than the actual prop suit. In a 2008 prop video, he talked about how hot it was to wear the Frank the Bunny suit while shooting Donnie Darko in the summer. I cannot even imagine the level of sweat percolating inside this fan’s costume. Totally worth it though!

On a related note, “pop surrealist interventionist” Robert Brandenburg will have a limited edition of 30 prints of Engine Maintenance, Hangar 14 (based on Donnie Darko) in this year’s Crazy 4 Cult show opening in NY on August 9th. I like the concept of Frank working on the engine, but wish Brandenburg had intervened on the words too. (But then again, like Missing Persons sang, What Are Words For?) Click through to see Brandenburg’s print and a 2008 interview with James Duval. Then time-travel to Crazy 4 Cult 2010 for a look back at Yosiell Lorenzo’s Donnie Darko custom Munny. 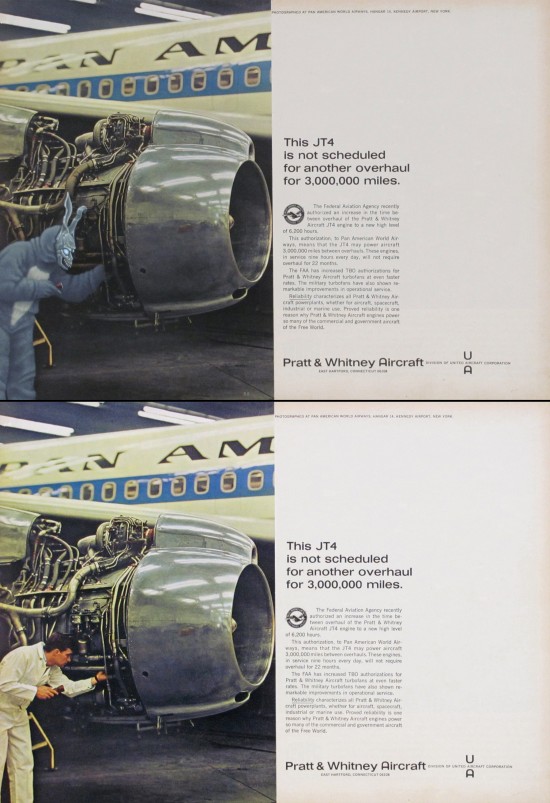