This is kind of cute overload. In the video, a little girl named Riley presents a deep question about toys, gender and marketing.

You can watch a bunch of people debating it in the comments section on Jezebel or opt for a more civilized read about The Pink and Blue Projects over at Brainpickings. Through the latter, I learned this:

Pink was once a color associated with masculinity, considered to be a watered down red and held the power associated with that color. In 1914, The Sunday Sentinel, an American newspaper, advised mothers to ‘use pink for the boy and blue for the girl, if you are a follower of convention.’

I can’t help but think that designer toys (including kaiju) are really a big exception to the pink/blue toy gender divide. Pink is definitely the most popular toy color in our little corner of the market. We don’t follow conventions! I mean, have you ever met Matt “Toypinionated” Hisey or Buff “Pink is Power” Monster? Those guys would die to live in this room. Interesting discussion, though. 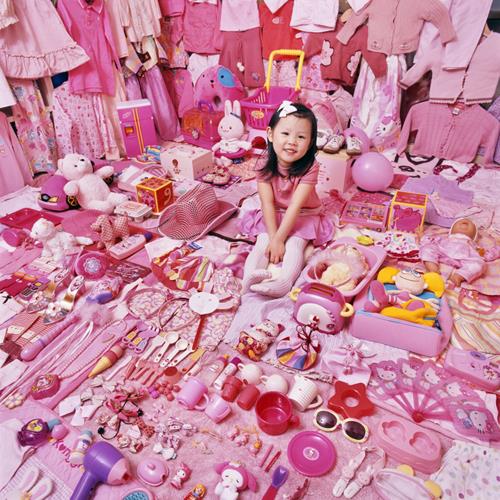