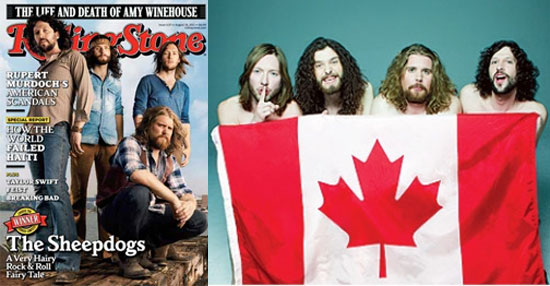 Meet The Sheepdogs, a hirsute rock-n-roll band from Canada. In 2011, they won a contest that catapulted them from Saskatoon to the cover of Rolling Stone. 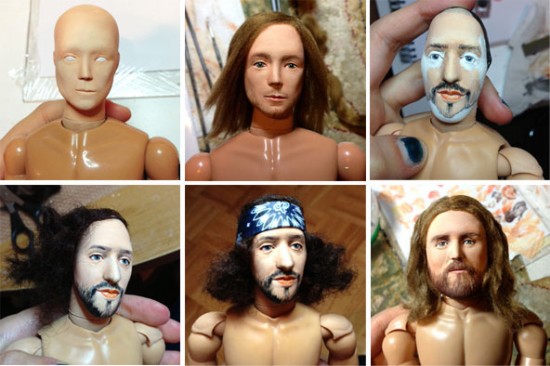 Meet The Sheepdogs dolls. Artist and sculptor Kira Shaimanova (also Canadian!) created the detailed action figures to represent the band during a ninja siege scene in a stop-motion music video. The likenesses are incredible! And I can’t get over all that hair. Having somewhat signature hair myself, I understand a critical coiffure. And Shaimanova nails it. 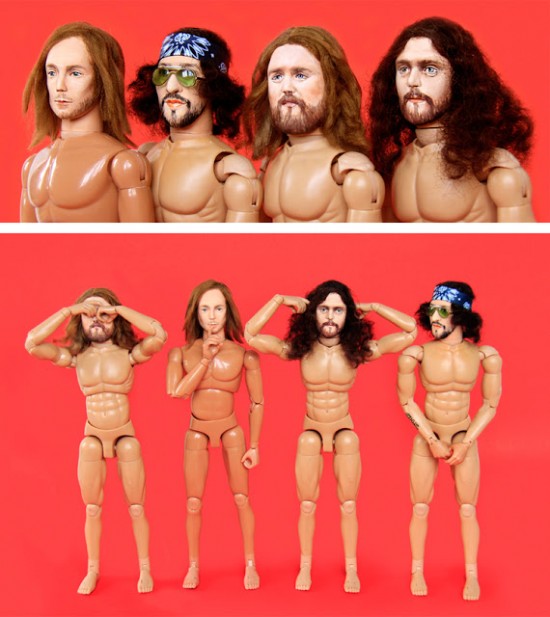 Speaking of that dude, I now know his name is Leot Hanson, and he plays guitar for The Sheepdogs. Intrigued by the dolls’ resemblances to the dudes, I Googled around to learn more about the band. I took some screengrabs from the stop-motion music video and added little circular headshots so you can really appreciate the detail in these dolls.

This is Ryan Gullen. He plays bass. In the hands of a less-skilled artist, Gullen could have come out looking like Slash from Guns-n-Roses. But no. It’s like he’s got wind in his hair.

Sam Corbett plays drums in The Sheepdogs. Shaimanova kept true to his understated follicles with some subtle scruff and stubble.

Ewan Currie is the singer for The Sheepdogs. The likeness of this Ewan Currie action figure is so spot-on that if I saw it from a distance, I’d run over and try to get his autograph because small is the new big and The Sheepdogs dolls are HUGE.

Alright, now that you’ve met the band, check out the rad video.

I watched the video over and over because while I’m not exactly a fan of rock-n-roll, I now apparently have a boner for rock-n-roll art dolls. How cool is this scene where drum-n-bass battle some ninjas? 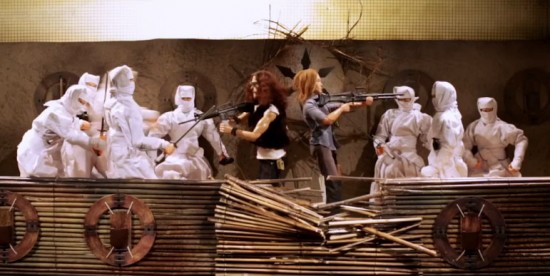 Because this is rock-n-roll, there are scantily clad babe action figures to be saved by our Sheepdog (doll) heroes. At this point, I’m finding it hard to believe that Dave Navarro didn’t find a way to sneak in a cameo appearance. 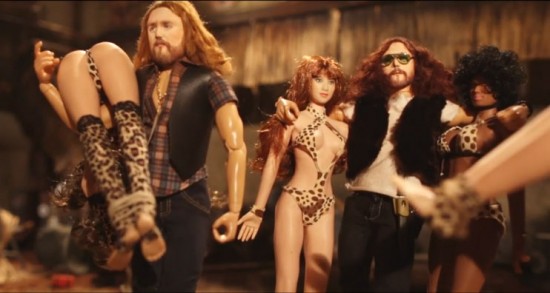 Speaking of whoring it up for reality TV, are you starting to think you might have seen The Sheepdogs before? Perhaps you remember their appearance on Season 9 of Project Runway, in which the real Sheepdogs had the real opportunity to be real dolls.

Totally fun stuff. I hope this video does well for the band so that more musicians hire Kira Shaimanova to make mini-mes for stop-motion music videos. 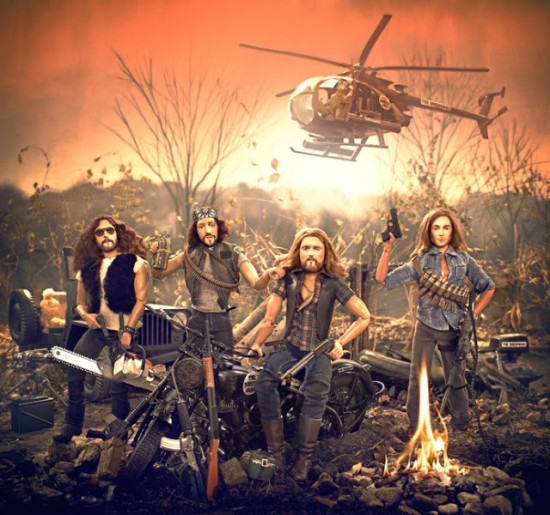