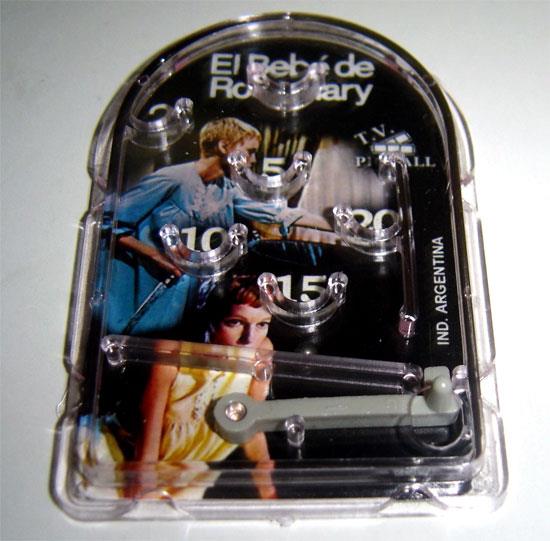 In this world, there are objects that really ought not to exist. I, personally, can name (and find enjoyment in) many such items, but never in my wildest dreams could I have conceived of a Rosemary’s Baby PINBALL GAME. OK, let’s just pretend I had thought of it. I still couldn’t have placed it inside a cereal box. In Argentina. Which is where it comes from. 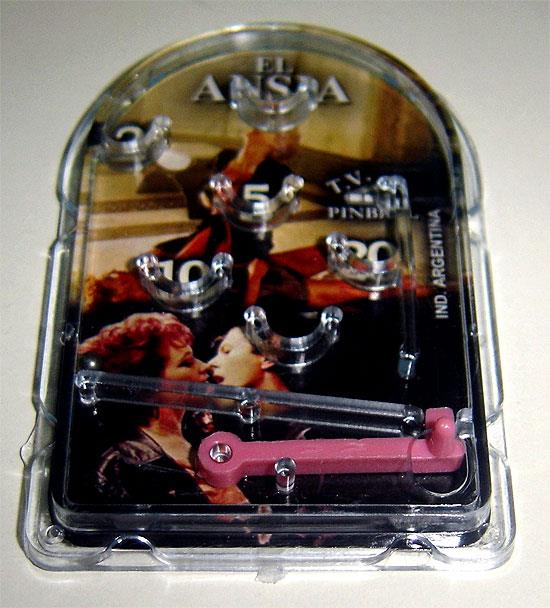 Suppose you think Mia Farrow’s devil baby in the form of pinball toys in your morning bran flakes is no big deal? Well how about The Hunger? Perhaps you’re not familiar with the 1983 bisexual goth cult film. Thankfully, for you, there’s Wikipedia:

Miriam Blaylock (Catherine Deneuve) is a beautiful and dangerous immortal vampire, promising specially chosen humans eternal life as her vampire lovers. As the film begins, her vampire companion is John (David Bowie), a talented cellist she married in 18th century France. The films opens in a night club in New York to a live performance from Bauhaus. They live together in an elegant New York townhouse posing as a wealthy couple who teach classical music.

Everything about these Argentine pinball games is terrific. (The translated titles are particularly endearing.) 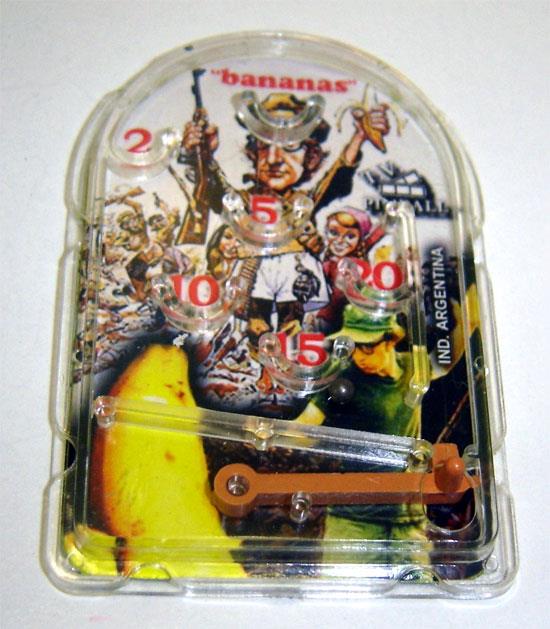 This kind of toy has been made in our country for a long time. They were used in several ways: Gumball and cereal premiums. Gifts for birthday parties. Funfair prizes, and gifts at small circuses.

What the hell kind of “small circus” has Taxi Driver pinball games, and how can I go there immediately? 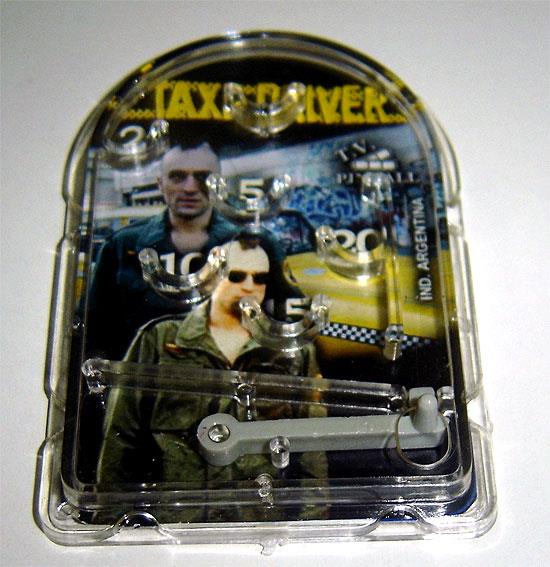 There are some seriously mind-boggling cinematic pinball combinations available through this eBay seller for $19.99. I’m not just talking about fun ones like Goonies, Diff’rent Strokes, Saturday Night Fever, Footloose and The Addams Family. I’m talking about La Cage aux Folles, The Shining, Dog Day Afternoon, Benny Hill and V the Visitors. I don’t even care if these are not actually authentically from circuses or cereals or even Argentina. The idea that they exist at all in our reality is enough for me. Tune in next week: I’ve got to tell you about all these Argentine new wave and goth pinball games (not even kidding). 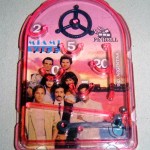 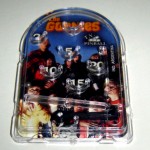 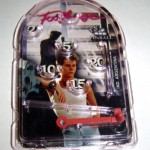 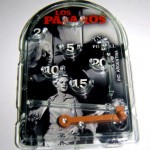 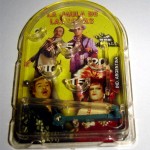 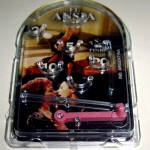 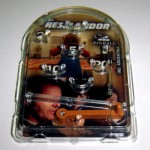 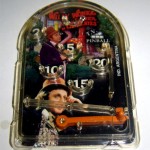 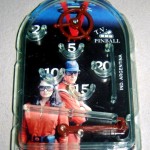 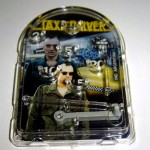 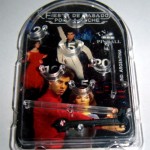 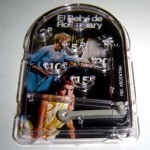 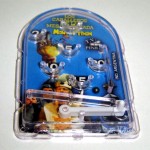 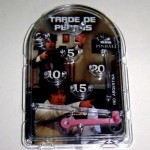 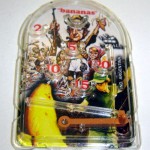 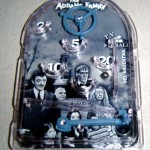 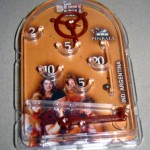 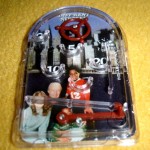