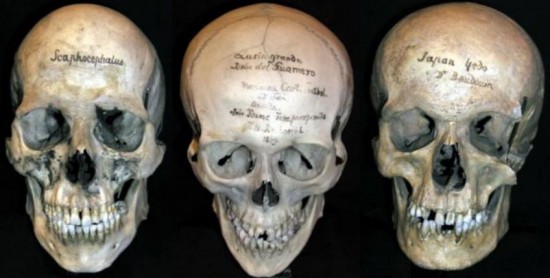 My love for Philadelphia’s Mütter Museum is no secret, and now there’s a great opportunity for those of you who also love the Mütter, preservation of oddities or skulls in general to help the Hyrtl Skull Collection.

You can help conserve and preserve one of the 139 Hyrtl skull by becoming a sponsor for an annual subscription fee of $200. Your contribution will help offset initial costs associated with the cleaning, repair, and remounting of your chosen skull. Additionally, your subscription will be acknowledged as part of the skull mount in the permanent Hyrtl Skull Exhibit in the Mütter Museum. The subscription period for this initiative will begin July 1, 2012 and end December 31, 2013.

I’m glad I’ve gotten to see this collection in person. I can’t really describe in words how cool it is, but I’ll try. 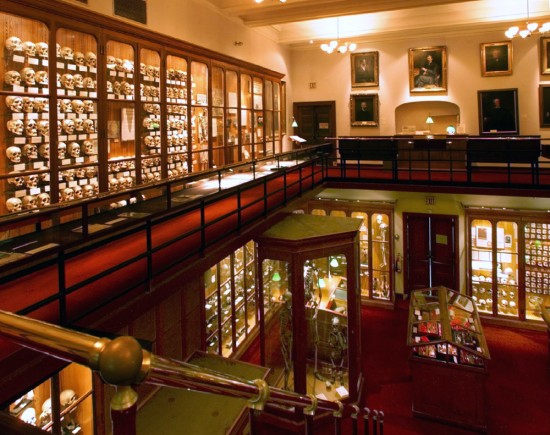 There are so many different ways by which you can view the skulls, and for my fellow collectors out there, every angle is intriguing. Maybe you’re purely interested in the visual form (and deformities) of the skulls. Or perhaps its from whence the skull comes that piques your curiosity. For me, it’s both, but the real banger is the STORY.  Wherever possible, the Hyrtl Skull Collection includes descriptive information about the person to whom the skull belonged. A small placard plainly tells you who they were and how they died. 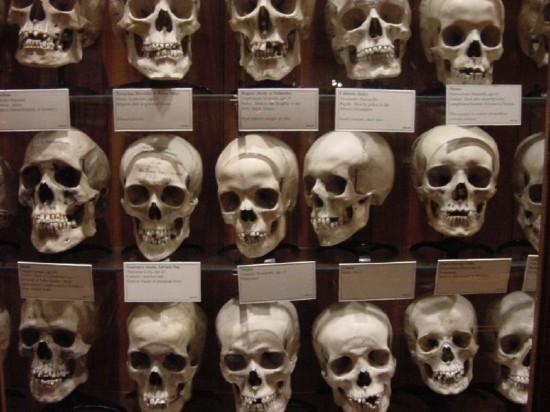 This means (if you were so inclined), you could choose to adopt the skull of an 18-year old Romanian child murderer who died by execution. Or a 19-year old Serb who hanged himself because of unrequited love. Then there’s Araschtan Gottlieb over in Prague who swallowed a potassium cyanide tablet because his mistress wasn’t faithful!

Maybe one of you Occupy people feel something for Alessandro Zaccarella, an Italian bandit (with a “notably short cranium”), who was shot by police in the Abruzzi Mountains. On the other hand, if you’re pro-police, you might be moved by Gianbattista Tozzi, a female police officer who was stabbed to death at age 24 in Florence, Italy. 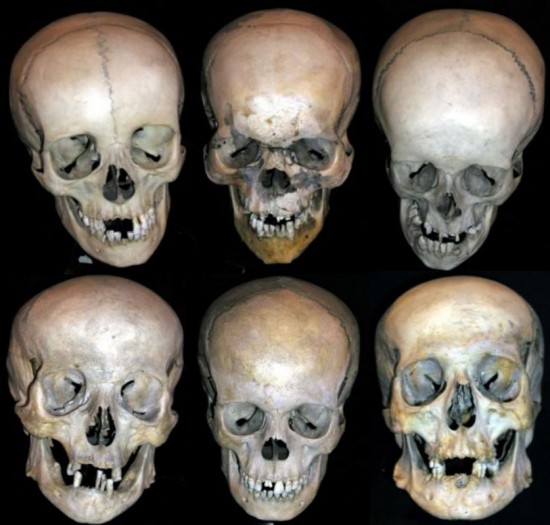 There are some INCREDIBLE stories here. In a comparison you never thought you’d hear, I’ll say that these skulls are similar to the best children’s toys: they provide just enough information for your imagination to make up the rest of the story. 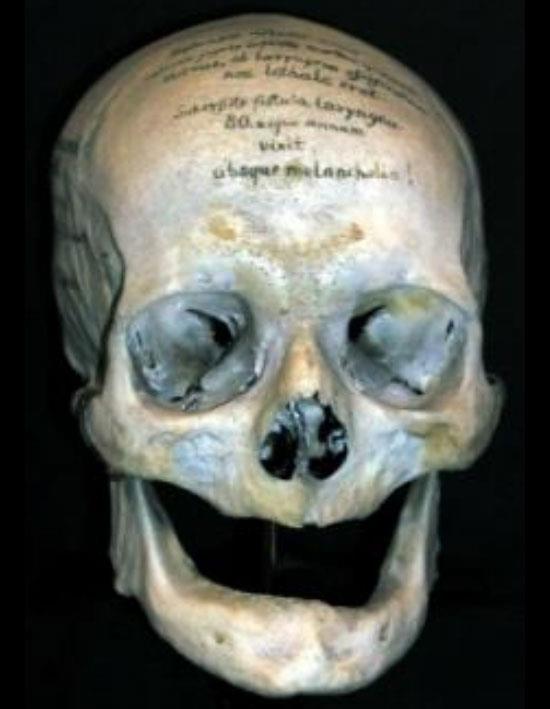 Naturally, “the popular skulls” were adopted first. I’m talking about Geza Uirmeny, who “lived to 80 without melancholy” and his toothless skull (above) just looks really jolly. Less happy was Andrejew Sokoloff, who died from self-removal of his testicles by way of membership in Scopzi, a Russian sect that believed in castration. From castratos to those who actively used their gonads: Francisca Seycora, age 19, was a “famous Viennese prostitute” who died in the hospital of meningitis. 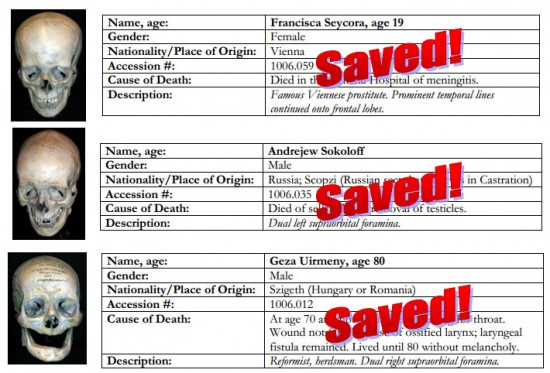 I have left out mentioning my favorite skull of the bunch because I am wavering on, please excuse the pun, pulling the trigger. It would have been a, once again my apologies, no brainer if not for one of our cats passing away this weekend with significant end-of-life care expenses.

But I encourage YOU to click here and view the Hyrtl Skull Catalog. Give someone a skull as a gift! Magazine subscriptions are so 1990s, and everyone knows those name-a-star-after-you offers are about as real as Miss Cleo‘s psychic abilities.