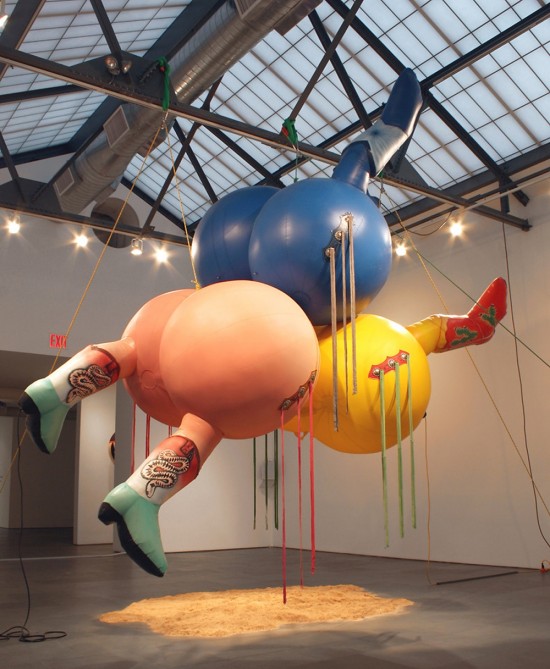 Not to rain on tomorrow’s Macy’s Thanksgiving Day Parade, but their legacy of artist balloons seems like a bit of a sausage party, huh? To balance things out, I’d like to introduce you to Nancy Davidson. Born in Chicago in 1943, Davidson grew up under the influence of 1950s pop culture and its larger-than-life celebrities.

I realized as a child I had been taken in by this characterization of a cowgirl. It was important to me because it presented a woman who was outside of the cultural structure. She was unruly, she was beyond the rules. That character, that trope, was fascinating to me because it worked with all of the ideas I had about popular characters, tropes, and stereotypes, but a very real American icon, a Western icon. There are aspects of it that are very inspirational and make people want to do things and create things in their lives. That’s the kind of transgressive complexity, self-motivated dominance I’m attracted to in popular culture.

After getting her BFA and MFA, in 1975 she embarked on a professional career as an artist. In 1979 (when KAWS was still into finger paint), she relocated to New York. 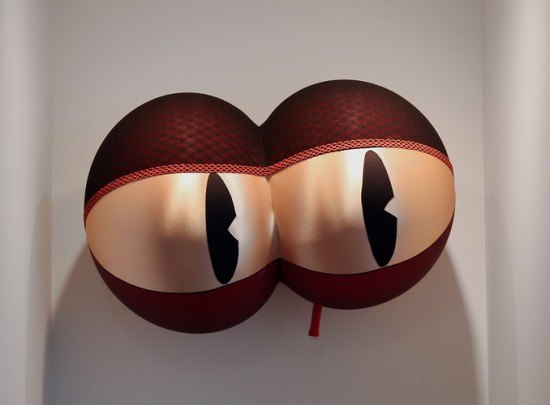 Davidson began working with balloons in 1992.

Every one of my pieces begins as a sphere. They’re latex, and they have this great nozzle where you put the air in. I blew it up, took a rope, and tied it off at the neck. I squeezed it into a clothing rack, so the clothing rack held it in the middle and it just hung there. I looked at it and I thought, “This is really funny. This is really nasty. This is really sexy. This is a body; this is flesh; this is enormous, I want to make work like this.” And that’s where my work with inflatables started.

And, much like giant helium-filled breasts with cat eyes, her inflatable art took off! 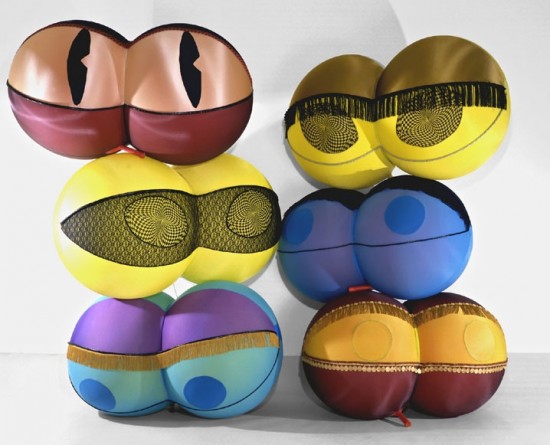 Davidson talks about the term “carnivalesque,” which she defines as a state of social critique where all kinds of things can happen.

Mikhail Bakhtin coined the term carnivalesque to describe a mode in which assumptions about power are reversed. That kind of play is the open space for critique outside of social order. I believe contemporary art carries some of the task of the unruly social space. My work can be thought of as a kind of play, sculpture, overblown, formal, with references to material and popular culture.

Her use of balloons is critical, and yet it’s also funny. She employs materials to reel in her audience: fishnets as signifiers, if you will. 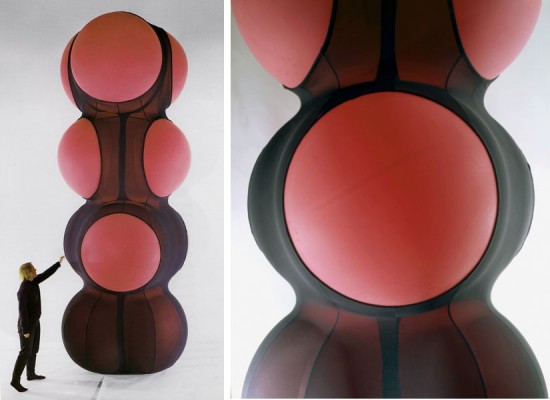 You know you want to touch the busty balloons! It’s OK; you’re supposed to.

You’re complicit in this seduction: you laugh at the enormous breasts, the big butt, and suddenly it’s like, “Oh my God, what am I laughing at, why is this sexual thing making me so uncomfortable?” There’s a manipulation in this. There’s also my own ambivalence: I embrace being a woman but also deal with the social structure of our culture and the various ways in which women are portrayed and expected to be. I’m interested in the subversive potential of humor. It catches you from behind: “What am I laughing at? Why am I finding this pleasurable? Is this offensive?”

“Why does that floor mop have such a shapely Smurf butt?” 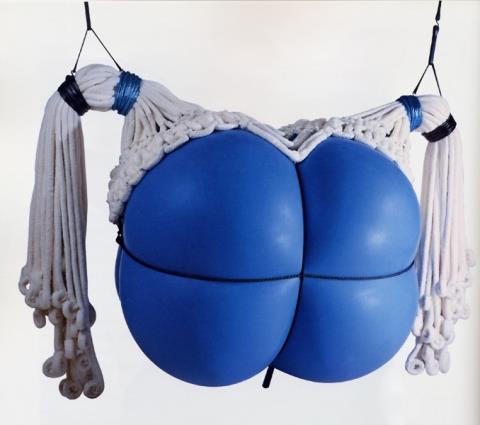 In 2002, Washington DC’s Corcoran Gallery of Art commissioned Davidson’s Double Exposure as part of the 47th Corcoran Biennial. Double Exposure could be described as a gigantic red vinyl-coated nylon butt.

Children are so directly attached to play and to their physical relationship to objects. I wanted that piece to be undeniable in its physicality. I’ve seen children just run screaming, playing underneath that piece.

Well, wouldn’t you? And here’s another question: how come Jeff Koons has a whole bunch of art books and a Macy’s balloon, but I can’t find a proper monograph for Nancy D?! Please leave a comment if you do find a book of her art, and in the meantime, check out the Brooklyn Rail (where I found all these quotes) for a great interview with her. 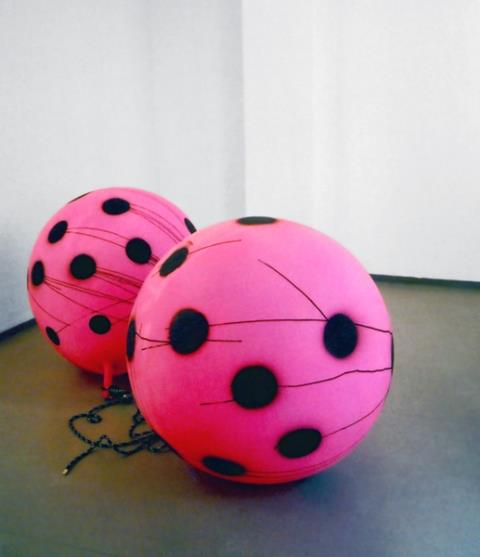 Click through for more of my favorite Nancy Davidson sculptures. If you’re in a public place, depending on the pulse of the situation, these buxom balloons might be NSFW. 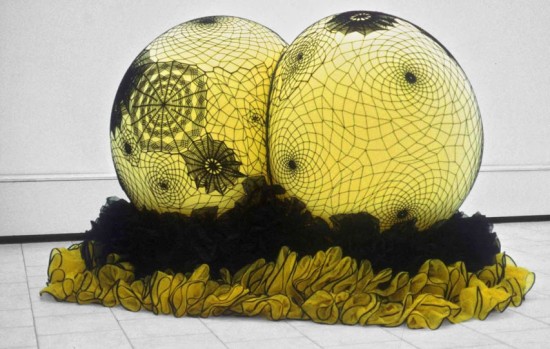 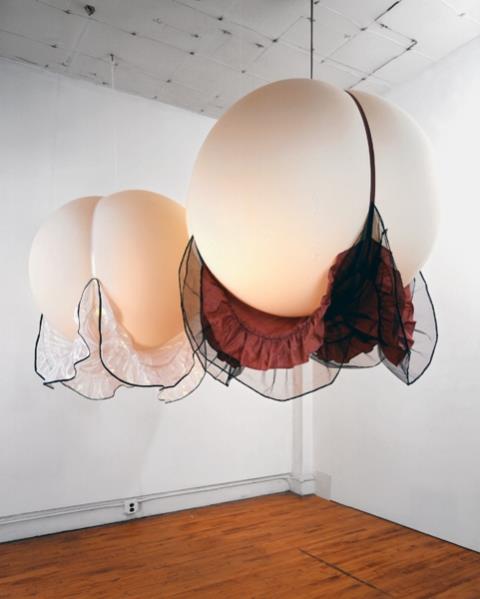 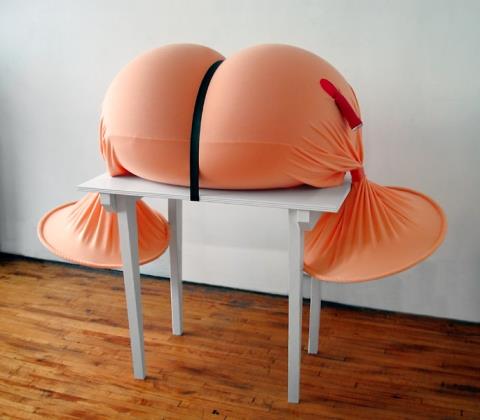 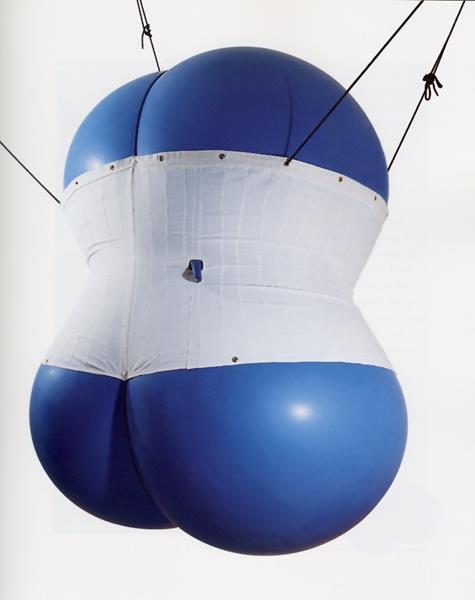 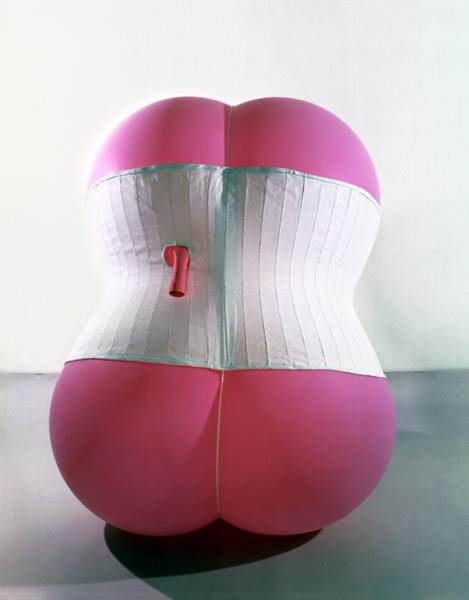 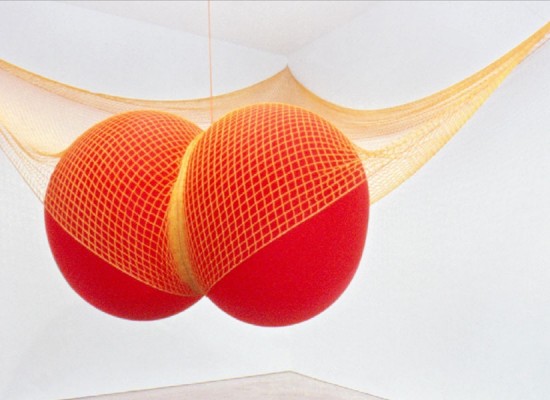 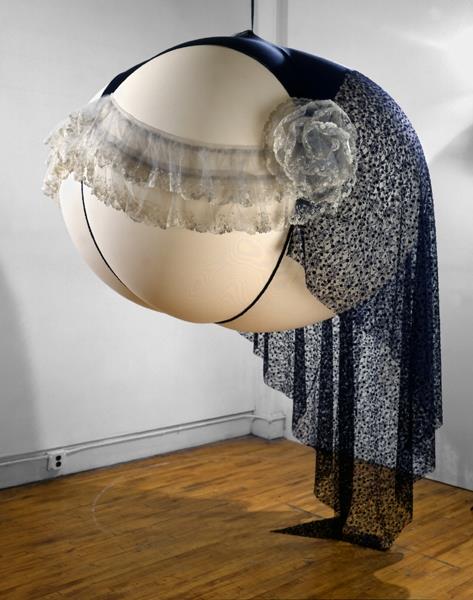 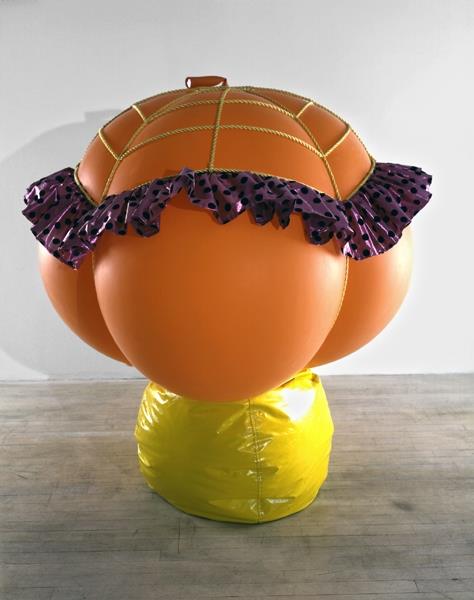 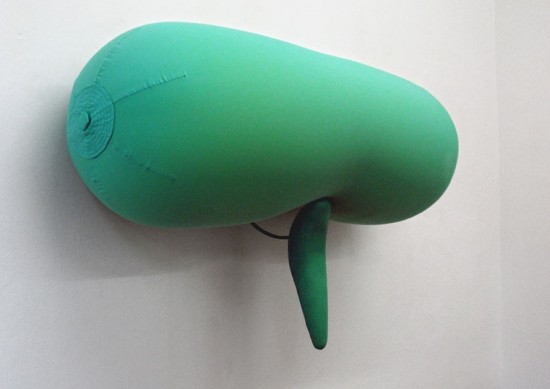 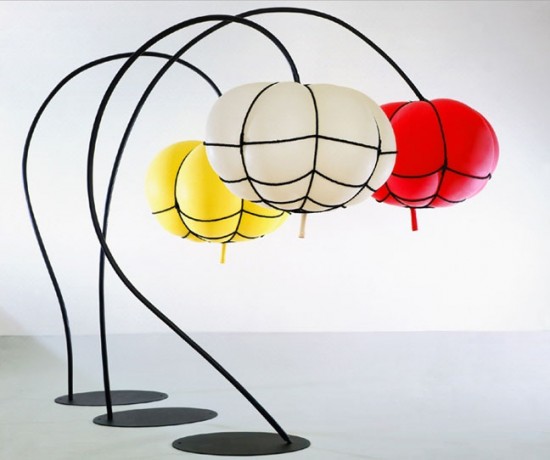 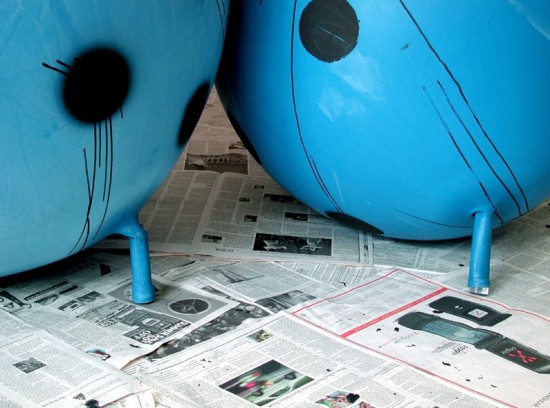