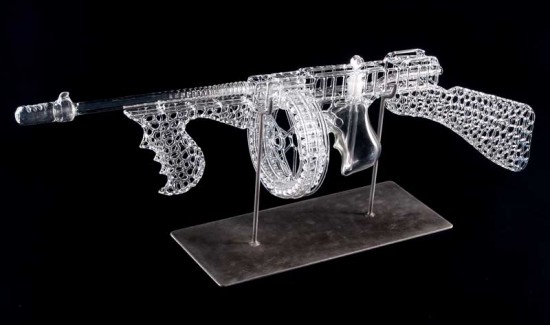 Robert Mickelsen has been an artist and “flameworker” for 38 years. For the past year, he’s been making gorgeous, realistic lampworked borosilicate glass guns. Objects so beautiful are not typically known for having practical functions, but Mickelsen’s guns double as glass pipes. 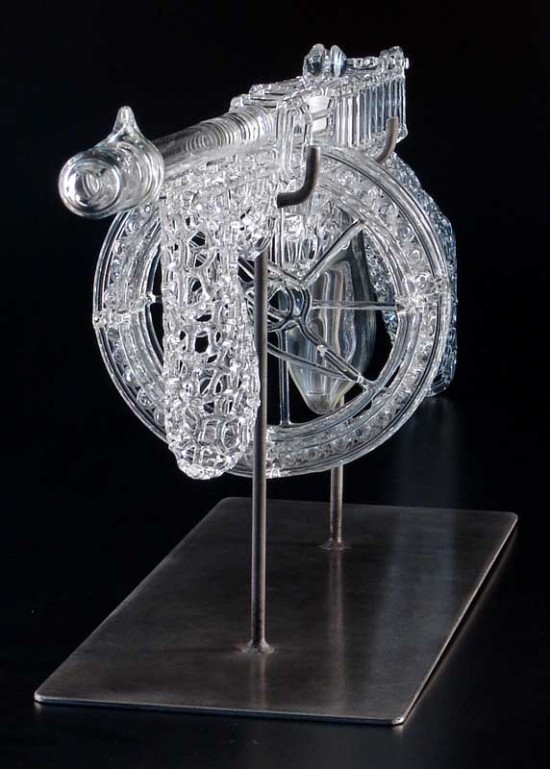 There’s a reason for this. Mickelsen explains:

I came to pipes because of the national recession. Money was tight. Art was not selling. I call the guns ‘weapons of peace’. I’m not a gun person myself, but I got interested in what is it about guns. I noticed they actually have an architectural aesthetic. If you look at them a certain way, the darn things are beautiful. And yet, they’re weapons of death and destruction that we make beautiful. My way of responding to that is to recreate them in glass in a function that’s not for death and destruction, that’s actually for peace. So they become weapons of peace. 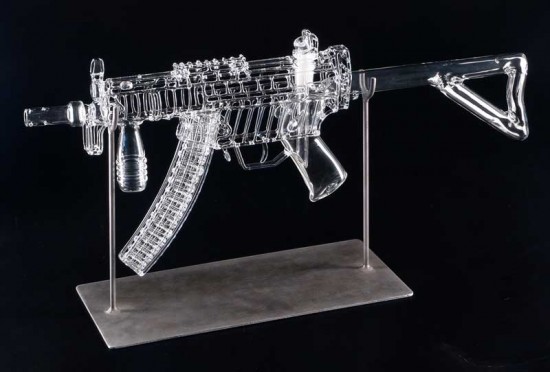 Robert Mickelsen’s glass guns have an interesting correlation to René Magritte’s famous painting, The Treachery of Images. Magritte painted an image of a tobacco pipe, which he captioned: “Ceci n’est pas une pipe.” (This is not a pipe.) He is quoted as having said:

“The famous pipe. How people reproached me for it! And yet, could you stuff my pipe? No, it’s just a representation, is it not? So if I had written on my picture “This is a pipe,” I’d have been lying!”

Mickelsen creates gunlike objects that aren’t actual guns. Amusingly however, unlike Magritte’s painted pipe, Mickelsen’s guns ARE actual pipes AND you could really stuff them! 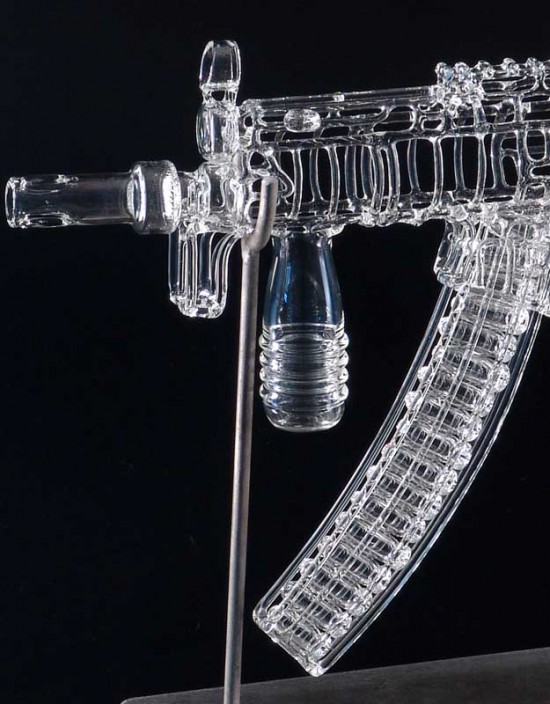 The five pipes shown here were made between 2011 and 2012, and they’ve all been spoken for. Mickelsen has a much larger body of glass work, some of which is profiled in his 2008 self-published book, Dreams and Secrets. 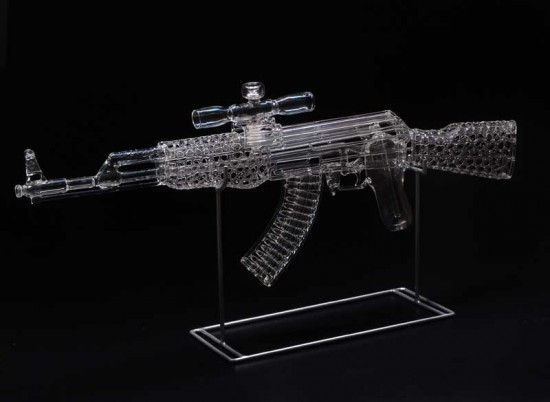 Click through for more photos plus a short video with Mickelsen, who seems like a really rad guy. 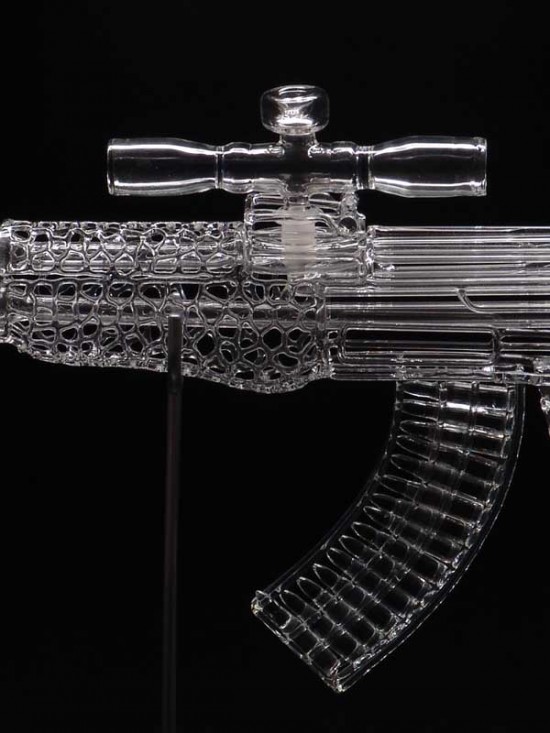 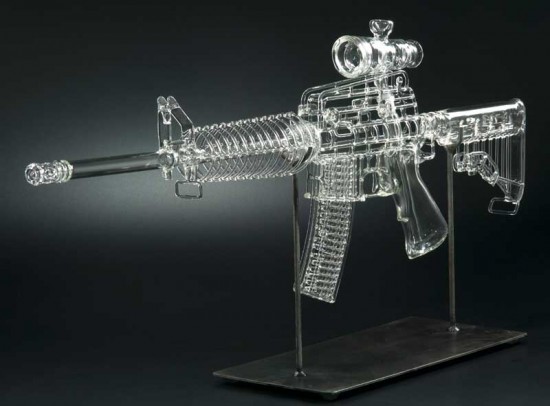 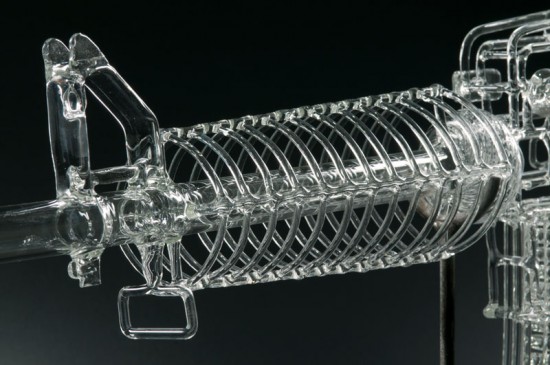