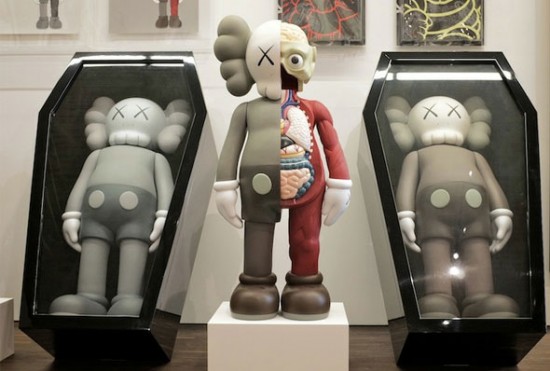 As New York readies itself for KAWS overexposure, here’s an interesting afterthought on something Mr. Brian Donnelly didn’t want us to see–across the Atlantic Ocean in Berlin. Back in May, I posted 50+ photos from Selim Varol’s thrilling testament to the joy of toy art. Varol is, as can be clearly noted in the pictures of his collection, a fan, collector and patron of KAWS’ art. Here’s the disconnect: For the 6-month museum exhibition of his collection, Varol commissioned the creation of large, custom plexiglass coffins to display his 4-foot KAWS Companions. The show opened to great fanfare, photos of all the toys quickly spread, and lots of people around the world were made happy. But not KAWS. 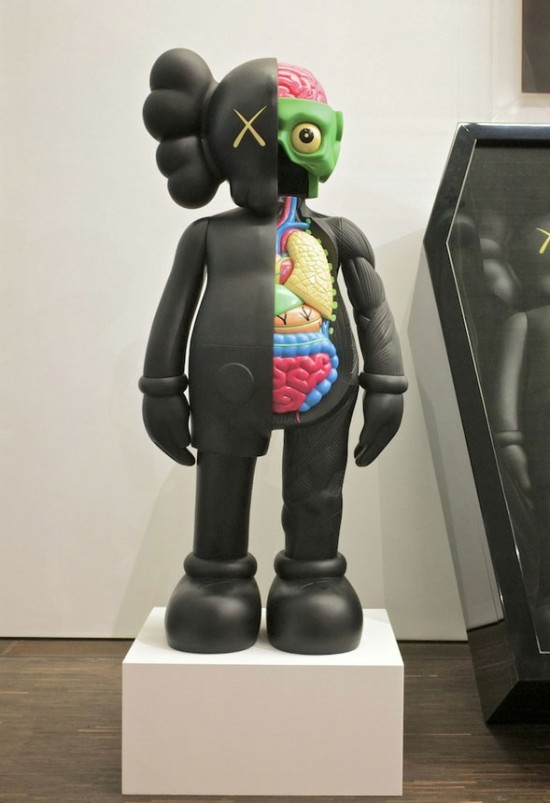 A couple days after I published my story, I got a very nice email from the museum politely requesting that I remove the photos that showed the KAWS Companions in coffins. The actual coffins had already been removed from the physical exhibition, and the museum was now following a daunting directive from the KAWS camp: rid the Internets of all evidence. I thought about it for a while, and I decided to comply. Here’s why: I LOVE when museums exhibit toy art, and although I didn’t agree that it was KAWS’ business to police a collector’s choice of display (let alone task a museum curator with wiping out photos from the Web), I didn’t want the museum to suffer for a couple of contraband jpegs. 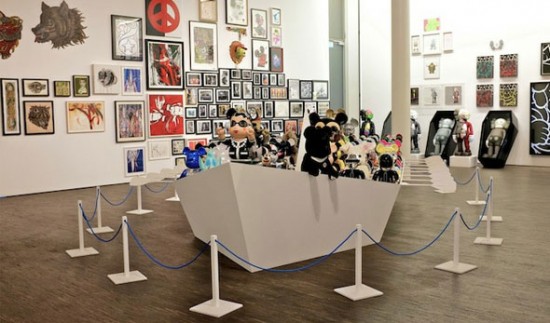 Naturally, I did inquire as to WHY KAWS objected to the coffin displays, and I’m not sure he provided the museum with a specific reason. What I got was along the lines of it being a violation of his proprietary rights because he hadn’t intended the art to be displayed in this way. I suppose it’s not impossible to get KAWS’ POV on this: KAWS coffins could be seen as suggesting that “KAWS is dead”. But to anyone with eyeballs not covered by X’s (and a calculator to add up values), it’s so clear that this wasn’t Varol’s intention. Custom cases are nifty. Coffins are cool. Funeral fashion is sexy. Sometimes, things get lost in translation. 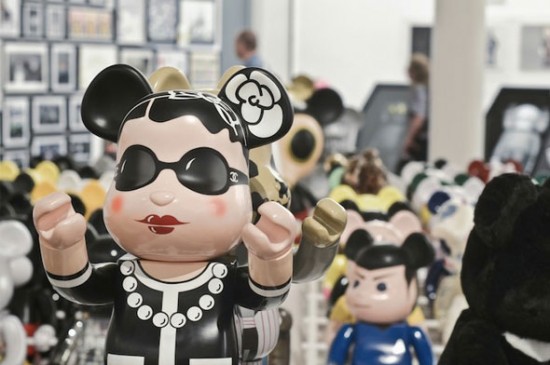 Now that the exhibition is over, I’ve continued to ponder how KAWS (who made his name altering the aesthetics and meanings of other people’s work) feels entitled to police the presentation of a private (though publicly displayed) collection. When Irit visited the Selim Varol collection in September, the coffins were long gone. But the question remains: Can an artist claim “proprietary rights” to how his/her editions are displayed (in perpetuity)? And if so, should he/she? And if so again, does it matter if in doing so, the affected artist comes across as something of a hypocrite?

Just for shits and giggles, I Googled “KAWS + coffin” and found this little ditty from Odd Future:

What the fuck is caution?/ Often I leave ’em flossing in KAWS, exes next to coffins/ Lost in translation.

Rapgenius explains the lyrics: “Mike G leaves others behind on their clothing game, as he wears and shows off his KAWS clothing. Exes refer to KAWS’ signature eye designs [and has the] potential second meaning ’cause exes next to coffins’ (as in killing your ex-partners).” As for the ‘lost in translation’ bit, “The success you achieved in your dreams got lost in the process of turning that dream to reality.”