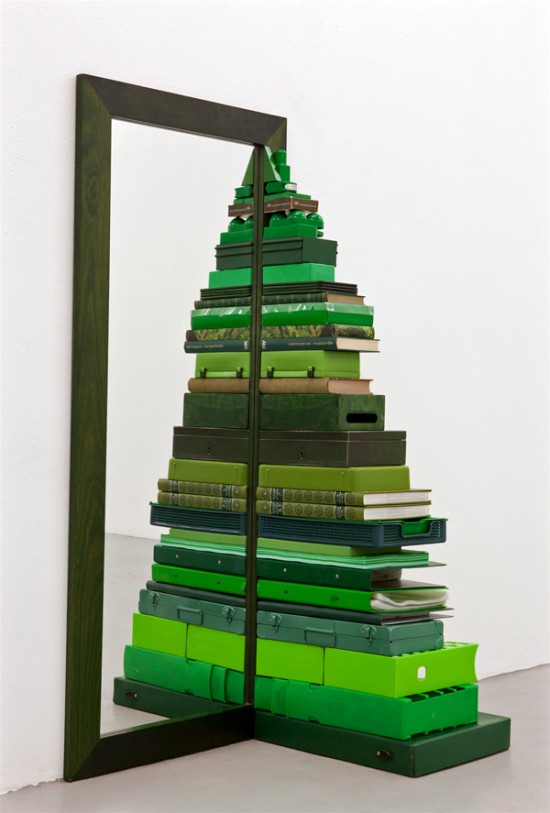 Michael Johansson is a Swedish artist who creates geometric forms out of found objects. For his recent exhibitions, he used objects he’d found in the galleries’ backrooms. It’s comforting to recognize the common components. all orderly and contained and color-coded. 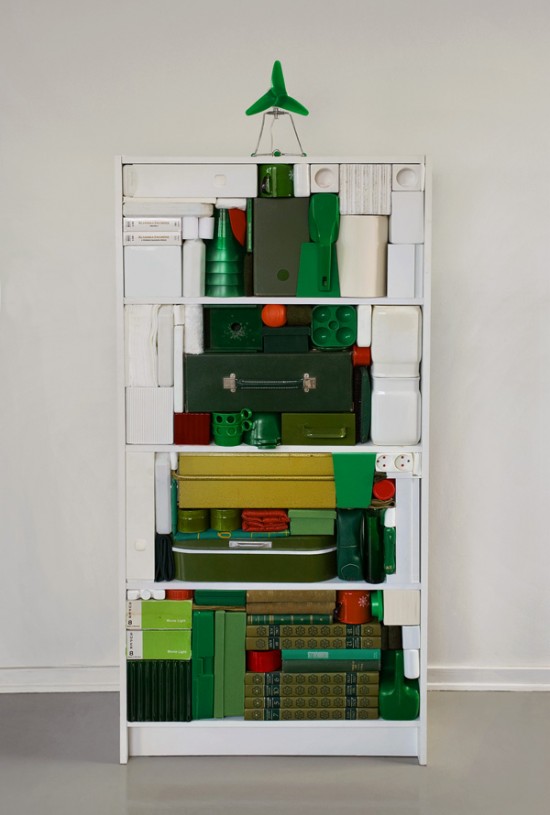 Johansson has been creating Christmas tree installations in his own style for the last few years. He varies the shapes and hues of the objects until the desired form is clear.  These highly intentional installations are inspired by “unintentional coordination” or repetitive coincidences. 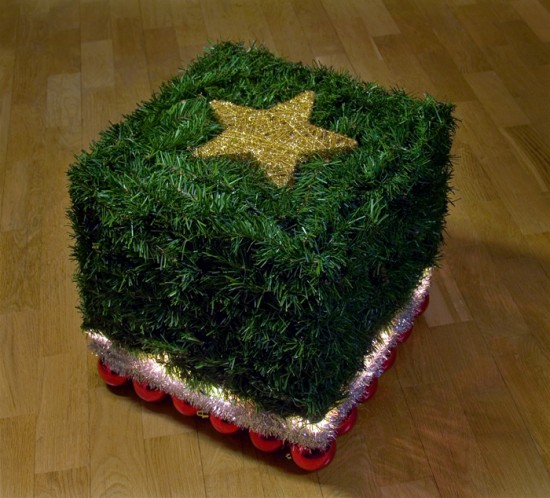 Johansson tells the Art in the Age of Videogames blog:

For me, creating works by stacking and organizing ordinary objects is very much about putting things we all recognize from a certain situation into a new context, and by this altering their meaning. And I think for me the most fascinating thing with the Tetris-effect is the fusion of two different worlds, that something you recognize from the world of the videogame merges into the real life as well, and makes you step out from your daily routine and look at things in a different way.

Things that “make you step out from your daily routine and look at things in a different way” are good things indeed. 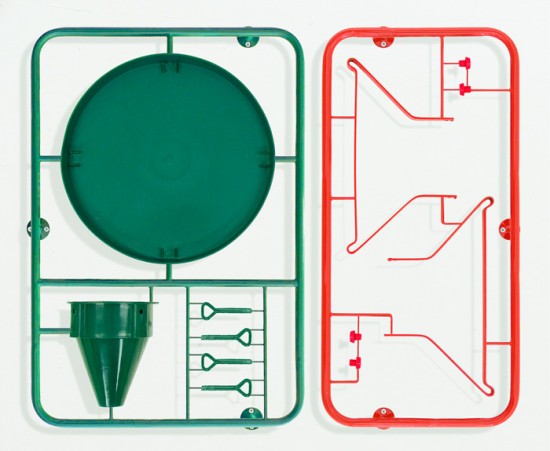 I fast-tracked Johansson out of Ye Olde WordPress Drafts queue because of the Christmas content, but he has a lot of interesting other non-holiday work as well. I like his Everyday Objects series, in which he uses objects common to mid-20th century housewives, takes them apart, sorts them and “repackages them in equally outdated boydream esthetics.” He writes:

These two worlds are merged together and the objects are frozen in their new shape – while the function is displayed, the functionality is taken away.

Click through for a few of my favorites (especially if you like snap together kits and the color green)! 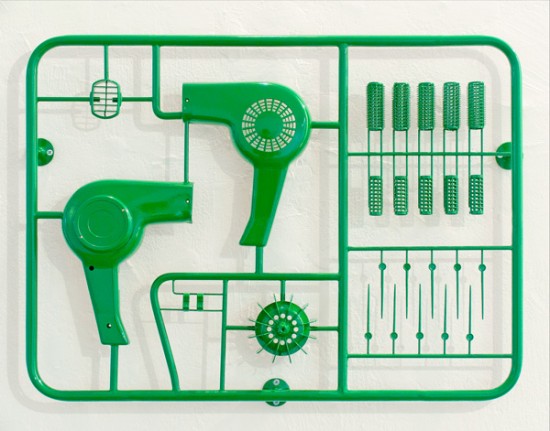 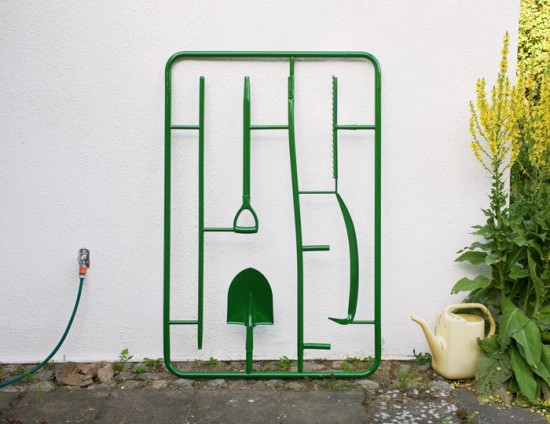 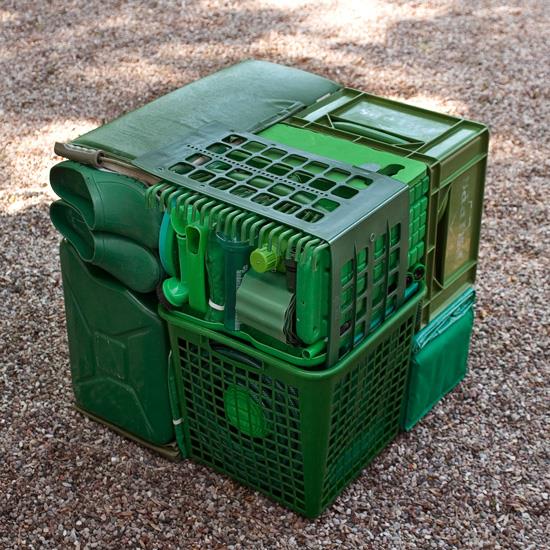 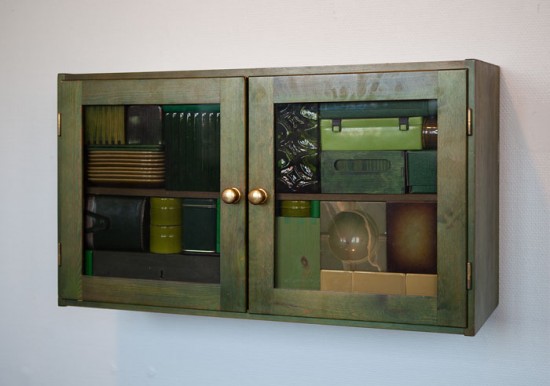 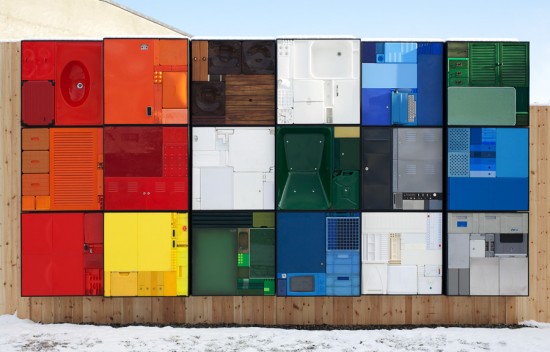