As we bid farewell to 2011, I realize I’ve been writing about conceptual art [tagged] [wiki] more frequently. Conceptual art can be briefly defined as an art form in which “ideas take precedence over traditional aesthetic and material concerns”. Some people search for beauty or truth in art. Others, as in life, search for meaning. 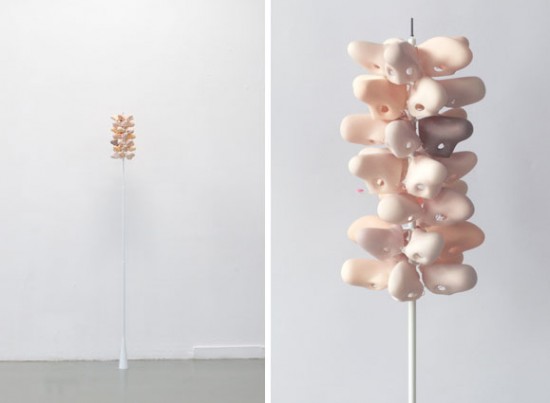 Philip Lüschen is a Dutch designer who wants to “breaks through the passive dynamic of waiting in waiting rooms”. You know, the mise-en-scène of  “artificial lights, last years magazines and the smell of other people”? (Revolting isn’t it?) Lüschen seeks to obliterate these “inconveniences” with a three-part plan: The Waiting Room Survival Book, The Sneak in Front Tool and The Incognito Nose Stand. You’re currently looking at the Nose Stand, which can be briefly defined as a nose stand. 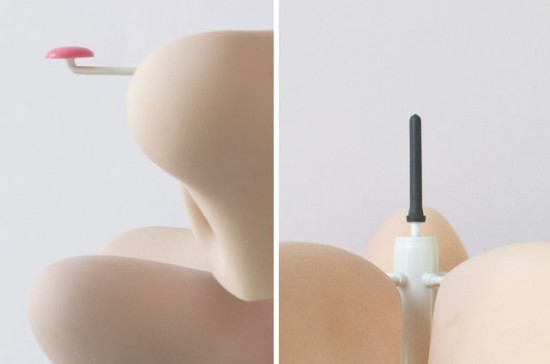 What I like about the Incognito Nose Stand is that it’s conceptually absurd and yet aesthetically pleasing. And then there’s this: Sometimes, I’ll put on a jaunty hat, and I kind of feel like Justin Timberlake. Maybe one gets a similar feeling (of being someone else) when donning an unfamiliar prosthetic nose?

The artwork itself consists of an aluminum frame, steel base, silicon nose holders, rubber top and the key element: colored polyurethane noses.

You prefer no familiar face in this police office waiting room? Grab a nose from the nose stand which match your skin color and wait incognito.

The Incognito Nose Stand makes me think. I thought The Netherlands was a more diverse country and wonder why there’s only one Nose of Color on the stand? I ponder whether I’d think this artwork was funnier if the stand had a red, foam clown nose too. Because I became transfixed and clicked around a lot, I found myself at this making of link, which explains nothing. Cheers!