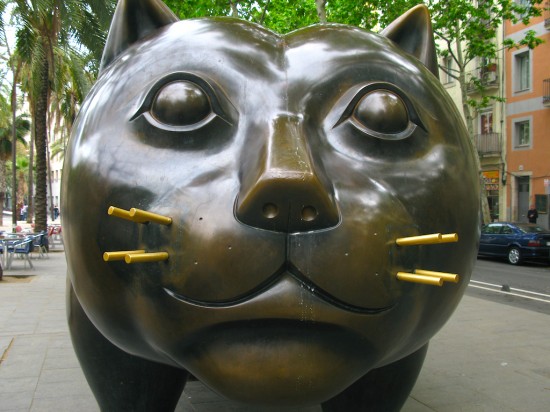 Hispanically Speaking News reports that thieves have stolen whiskers off of the giant El Gato (The Cat) statue donated by painter and sculptor Fernando Botero to his native city of Medellin, Colombia. 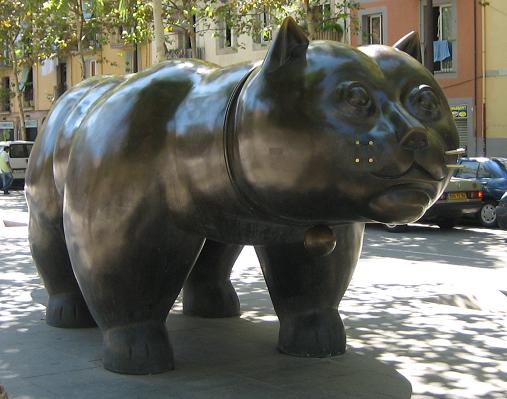 The giant bronze fancy cat is 12.7  feet long and 5 feet tall, weighs 1.2 tons and is valued at $1.3 million. It was made in the Italian city of Pietra Santa, where Botero lives for several months each year. There is some dispute over how many whiskers El Gato had and how many have been stolen. Officials are consulting Botero, aiming to restore the work to its original condition in the next few weeks. 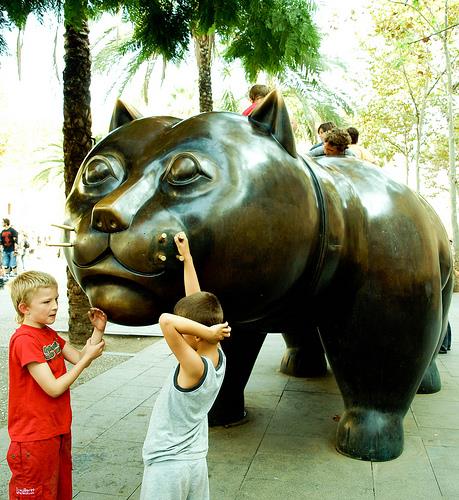 El Gato was installed in San Cristobal Library Park in Medellin just recently, on April 2nd. While it’s likely that the whiskers were whisked away for their value in melted metal, it wasn’t hard to find pictures of little kids yanking the bronze hairs innocently enough. Perhaps someone could temporarily replace the whiskers with four bronze cigarettes? Smorkin’ Gato?