Interesting politi-pop intervention being billed as the work of a “Bulgarian Banksy”. From ANIMAL New York:

Over the weekend, the citizens of Sofia, Bulgaria awoke to find a public monument to Red Army defaced by an unknown interventionist. The statues of Soviet soldiers who “liberated” Bulgaria in 1944 were painted as Superman, Ronald McDonald, Santa Claus and other pop culture icons of capitalist Americana. Below it, a graffiti caption read: “In step with the times!” Today, the Bulgarian Minister of Culture condemned the act as “vandalism,” concluding that “We (Bulgarians) are the only ones led by some kind of destructive force when it comes to monuments of socialism.” Maybe, maybe not. Czech artist prankster-extraordinaire David Černý had pulled a similar stunt years ago when he painted a Soviet tank pink. (Photos: SoHo41/Flickr) 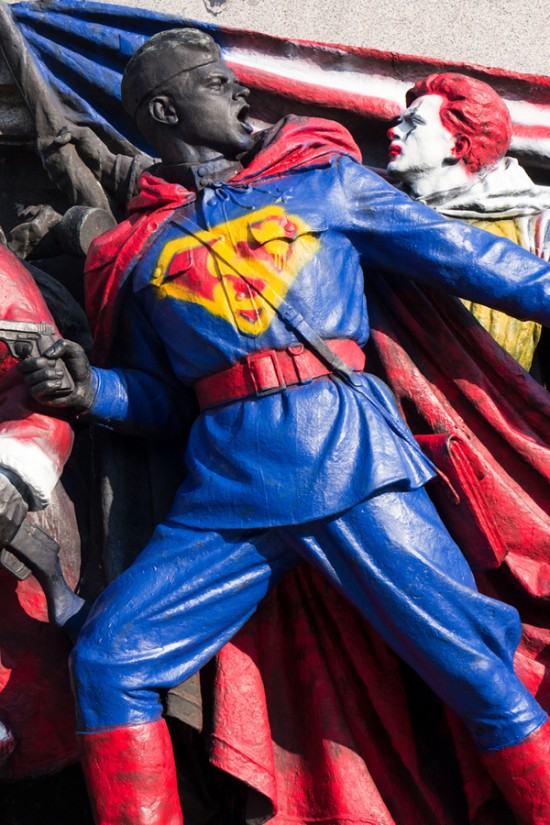 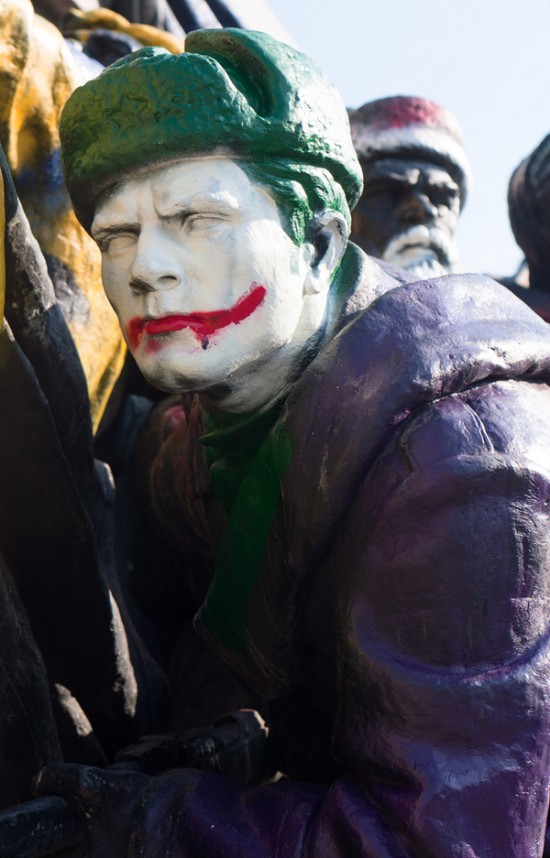 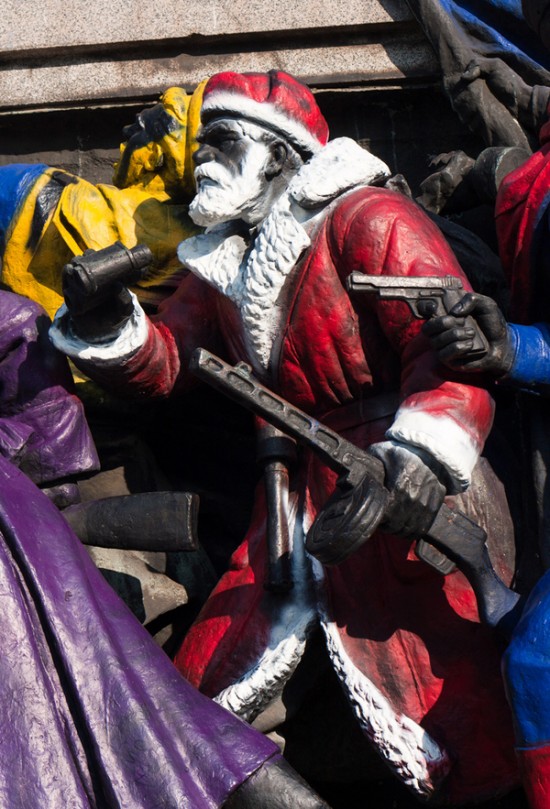 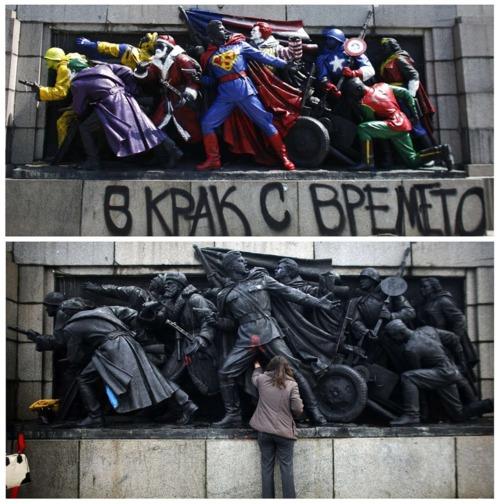