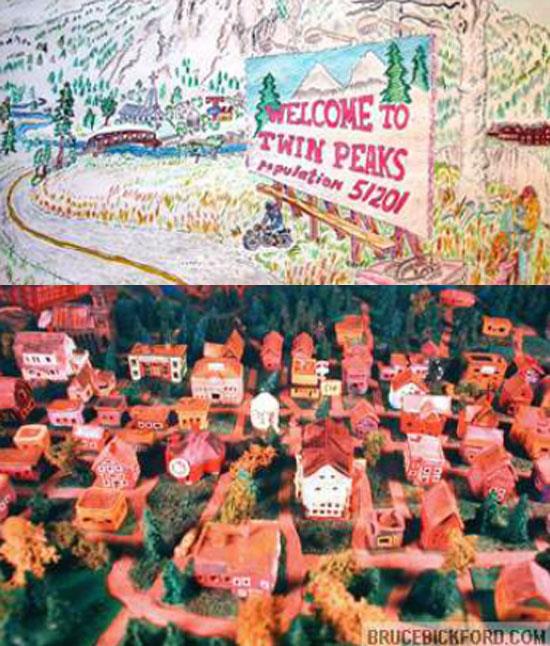 Bruce Bickford was born in 1947 in Seattle, WA. Some 43 years later and 36 miles away in Snoqualmie, David Lynch was filming Twin Peaks. But I’m getting ahead of myself. 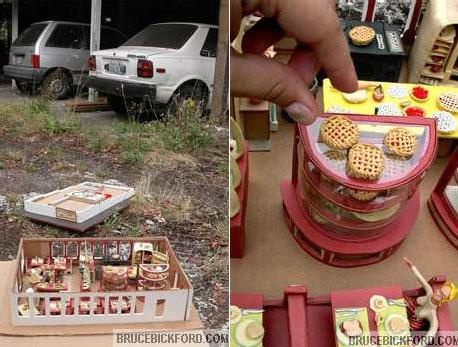 Bickford started experimenting with clay animation in 1964 when he was 17. After graduating high school and returning from the military, he resumed animation. In 1973, Bickford went to Los Angeles to look for work, and it was there that he met Frank Zappa. They worked together until 1980, when Bickford returned to Seattle to animate his own personal work. 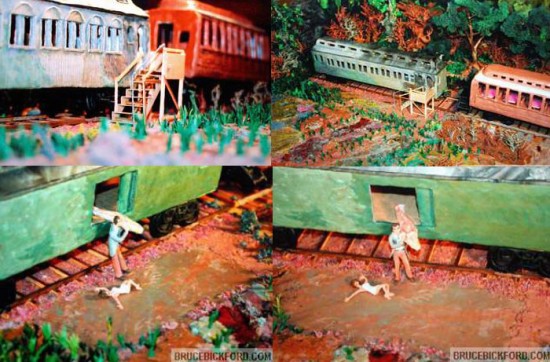 Bickford is the subject of a 2004 documentary called Monster Road:

Tracing the origins of his remarkably unique sensibility, the film journeys back to Bickford’s childhood in a competitive household during the paranoia of the Cold War and examines his relationship with his father, George, who is facing the onset of Alzheimer’s Disease. Bickford’s films, especially the dark and magical clay animations he created for Frank Zappa in the 1970s, have achieved cult status worldwide. Entirely self-taught, the 56-year-old Bickford works alone in a makeshift basement studio in his house near Seattle. Bickford’s father George, a retired Boeing engineer of the Cold War era, is the other main character.

Check out lots more of Bickford’s unique, underground art in a variety of mediums here, and watch a Twin Peaks clip from Monster Road below.

You can watch the entirety of Monster Road for free on Hulu here.