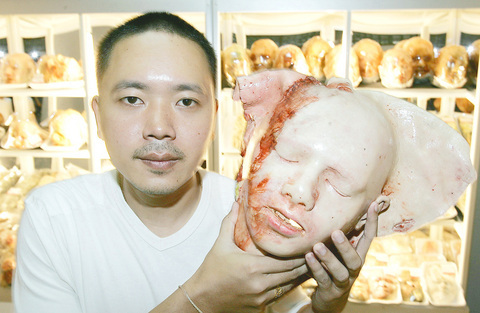 Ah, Thailand. A country known on the Internets for medical tourism and ping-pong shows (wow, Wikipedia?) has now achieved a perfect trilogy of disturbing forms of questionable artistry. Alas, the Thai province of Ratchaburi is home to a bakery that could double as the set for Eli Roth’s next torture-porn movie. 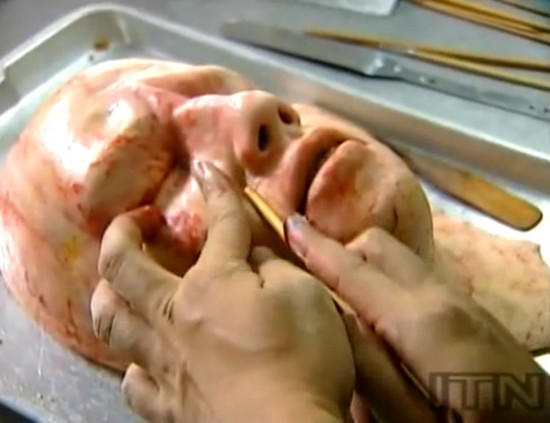 28-year-old baker, Kittiwat Unarrom (pronounced: KITTY-WHAT UH-NA-ROM) sculpts human anatomy out of bread. The sculpture, painting and graphic arts graduate says he is creating the fake body parts to illustrate the old Buddhist saying “Don’t always believe what you see, because what you see might not be true”. 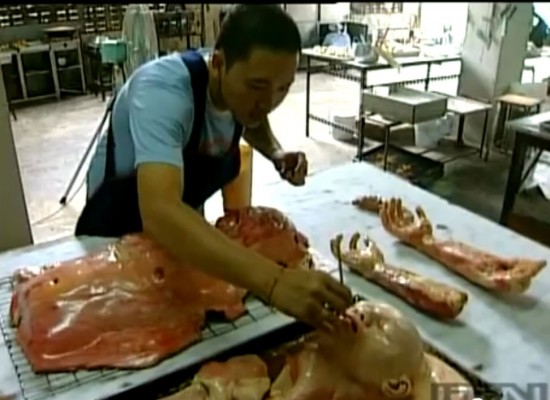 Readers of this blog will note that I’m fond of food art and dissections that don’t involve real animals. Although Unarrom’s bakery is technically old news, it’s news to me, and it feels like the reverse of “Soylent Green is people!” (It’s all “People is bread!”) The following information comes from a 2005 Reuters article to which I was tipped off by @mocost. 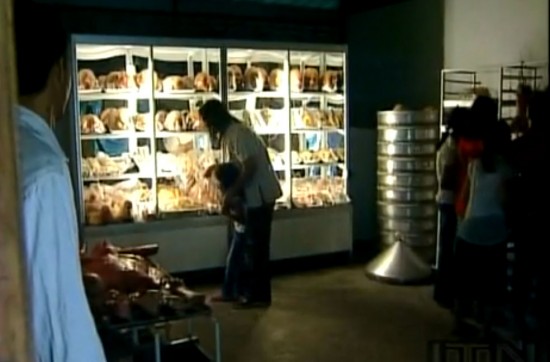 Growing up around his mother’s bakery, Unarrom says he was curious to use ordinary
cooking materials like dough, cashew nuts, raisins and chocolate to create genuine works of
art. He says he was inspired by the idea that we are what we eat.

He says he experimented with baking, shaping and coloring dough for about three years, and now spends up to six hours a day working on the fake body parts. Unarrom has more than two hundred pieces of distorted human faces and several recreations of hands and feet. 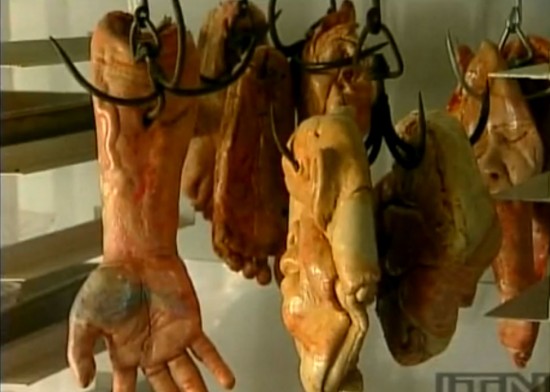 Pornkaew Samransook, one of Unarrom’s customers who bought a piece of bread in the shape of a nose for ~$1.70 USD is credited with the following totally awesome quote:

“Because he dared to make it, I will dare to eat it.”

That is fucking hardcore. Somebody call Joe Rogan because we need to get this guy on Fear Factor. 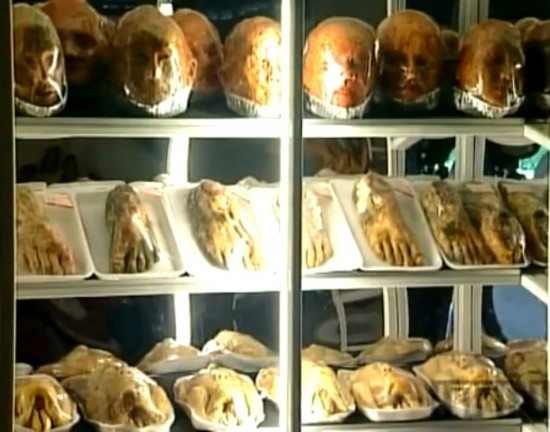 Although the video appears to show mold that makes the body parts look gangrene, Unarrom says the bread is perfectly edible and sells for up to 490 USD. At the time the article was written, Unarrom said his bakery attracts about 100 visitors a day for the bizarre bread.

Bangkok Day Tours will even take you and a date here for less than $300USD:

This tour celebrates the artistic skills of one of Thailand’s up-and-coming artists, Kittiwat Unarrom, who uses the medium of dough to create very lifelike ‘Human Bread’. In the middle of the countryside you’ll be surprised to come across a family bakery which includes a variety of bread baked in the form of human body parts. There are arms, hands, feet, torsos and heads sculptured in very realistic form by local artist Kittiwat Unarrom.

Now, enjoy a video of Unarrom’s bakery/art studio/slaughterhouse. It’s safe for work, but know that your co-workers will email HR that you’re a serial killer.