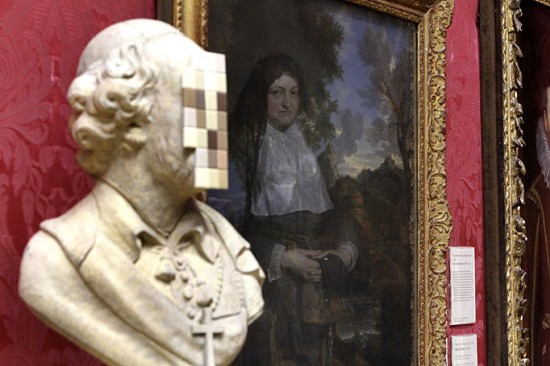 It’s a 2 for 1 week of politically charged artwork! Yesterday, Dominic Wilcox quietly captured the Pepper Spray Cop, and today, Banksy loudly grabs headlines with his latest sculpture, Cardinal Sin. The Banksy Cardinal Sin is a replica of an 18th century bust featuring a sawed off face that’s been augmented with blank tiles in the style of an identity-concealing mosaic. The bust was installed in a room of authentic religious artwork from the 17th century with full cooperation of The Walker Art Gallery in Liverpool, England. The bust is in “good” company that includes an altarpiece painted for the Archbishop of Seville by the Spanish artist Murillo in 1673 and Rubens’ painting The Virgin and Child with St Elizabeth and the Child Baptist. Only Banksy can get away with this stuff! 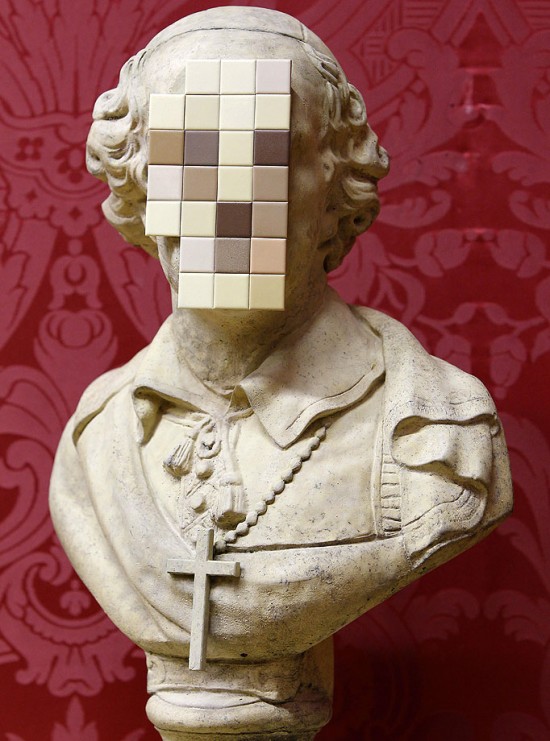 Banksy made the sculpture as a direct response to the child abuse scandals that have become endemic to the Catholic Church. In a statement, the artist said: “I’m never sure who deserves to be put on a pedestal or crushed under one.” OH SNAP.

The BBC has quoted Banksy as saying, “I love everything about the Walker Gallery—the Old Masters, the contemporary art, the rude girl in the cafe. And when I found out Mr Walker built it with beer money it became my favourite gallery. The statue? I guess you could call it a Christmas present. At this time of year it’s easy to forget the true meaning of Christianity—the lies, the corruption, the abuse.” 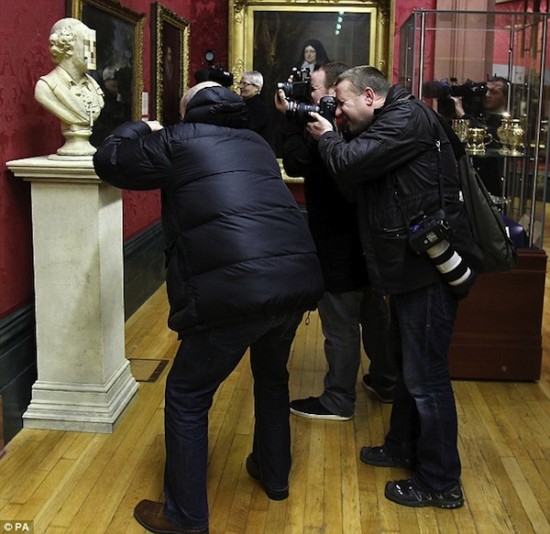 Reyahn King, director of art galleries at National Museums Liverpool responded to the piece in a public statement:

The sculpture very clearly contains a message. When you look at it and see the tiles that have been applied to the sawn-off face, you immediately get the impression of those pixelated images of suspected criminals you see on screen or in a newspaper photograph. What interests me is that when a visitor sees that, they then perhaps will look at the other paintings in the gallery and look for the less obvious messages that all artists tend to have within their work.

More info and a short video over here at The BBC. View the room guide and go see it before someone tries to deface it. Oh how I wish I was in England now more than ever! [via Juxtapoz]