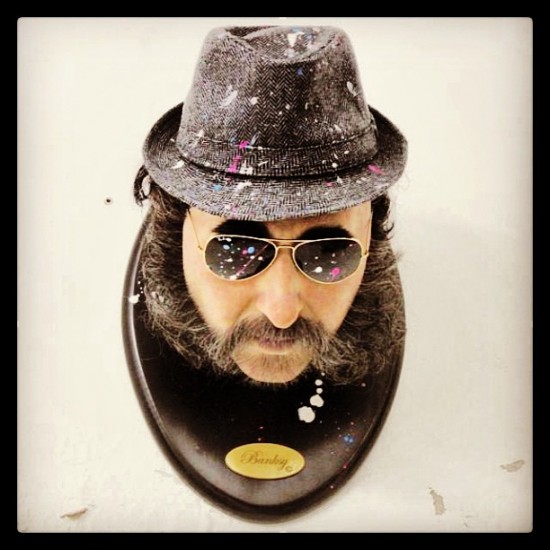 Spanish artist Eugenio Merino gets the props for the latest art prank. If it’s not immediately clear—or you haven’t seen Exit Through the Gift Shop—Merino’s piece appears to suggest that Thierry Guetta  aka Mr. Brainwash was created by Banksy. (So rad that the conspiracy theories are still relevant and fun three years after the film’s release.)

Merino describes his artwork as: “Ironic, critical, funny, dramatic, conceptual, political, social, serious, disturbing and paradoxical.” In a recent interview, the Neo Collective asked Merino if there was anything he’d want the world to know about himself. He replied: “Not really. I want the world to know more about itself.” Great answer.