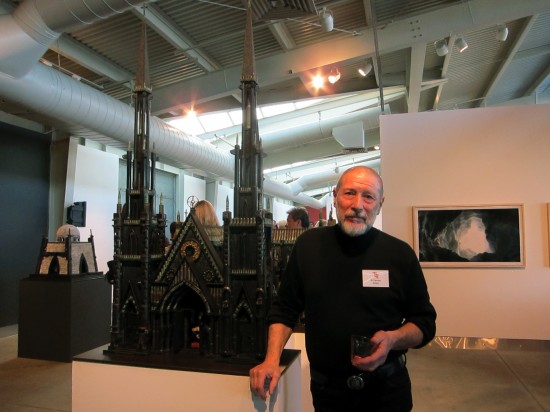 I feel privileged to have experienced Al Farrow‘s Reliquaries in person. Thanks to an invite from the awesome Keith Cottingham , I got to take an artist’s tour of Napa’s diRosa art museum and sculpture garden. It’s good for me to get out of my comfort zone (toy art), and take in some new visual stimuli. My trip to diRosa coincided with the opening of the Reconstructed Worlds show, and this is how I became acquainted with Farrow’s meticulous monuments. 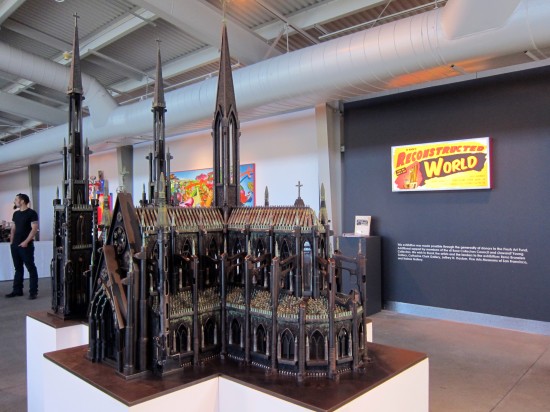 Al Farrow builds cathedrals out of guns, bullets and bone. He exhibited three pieces–a church, a temple and a mosque–as part of Reconstructed Worlds. Farrow has stated that he does not personally use guns, with the exception of making art, and was amazed at the ease of availability of gun paraphernalia when he embarked on this body of work. Also surprising to him:  the continuing relationship between war and religion. It really is hard to reconcile the paradox of how so many wars are fought in the name of religion, even as such acts violate religious tenets…But then again, I understand neither religion nor war, personally. 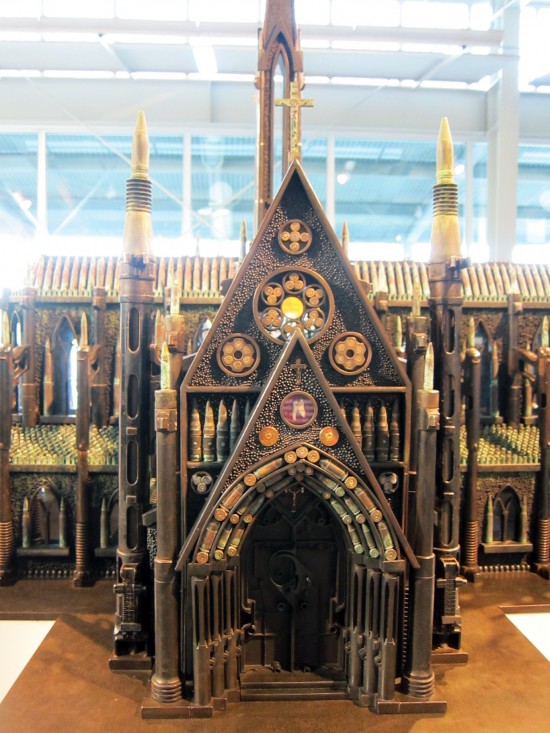 Farrow said this in 2008 about the work:

In my constructed reliquaries, I am playfully employing symbols of war, religion and death in a facade of architectural beauty and harmony. The sculptures are an ironic play on the medieval cult of the relic, tomb art, and the seductive nature of objects commissioned and historically employed by those seeking position of power.

He’s right: the Reliquaries are so harmonious, that you can almost forget the implements of destruction used to build them. At the opening of Reconstructed Worlds, I also had the pleasure of meeting photographer, Marty Tibor, who tirelessly documented Farrow’s work on the Reliquaries in 2007. If you love looking at work in progress with machinery, bullets and tools, CLICK HERE for everything you need. Tibor also shot some of Farrow’s most recent 2011 sculptures that were shown recently in San Francisco. 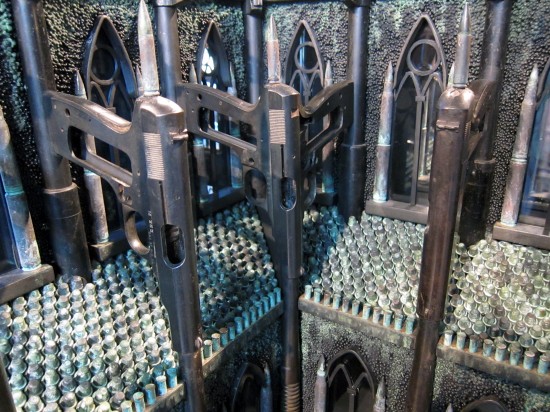 In addition to showing his work around the world, Al Farrow regularly exhibits in the Bay Area. I seriously encourage you to check it out if you get the chance. Click through for a bunch more photos I took of his Reliquaries while at diRosa. 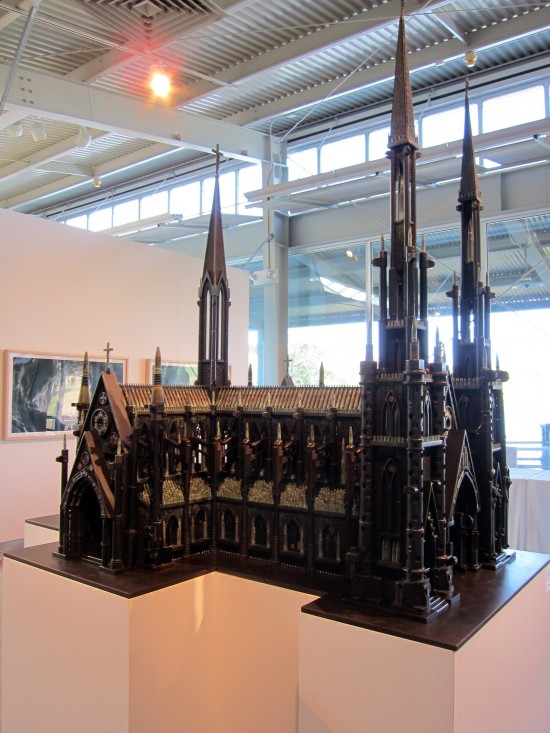 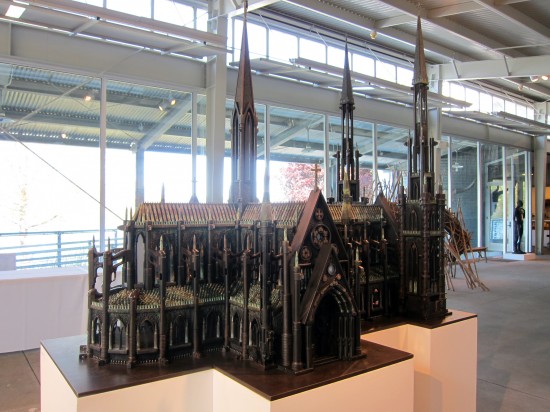 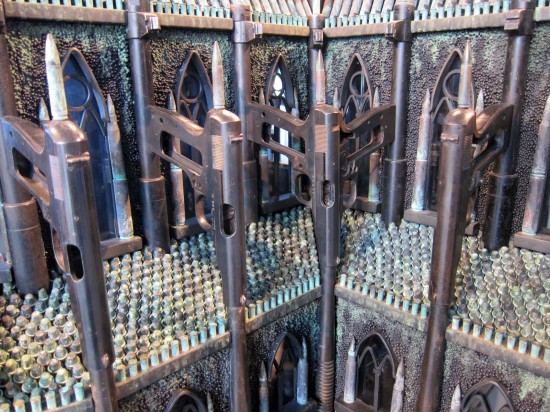 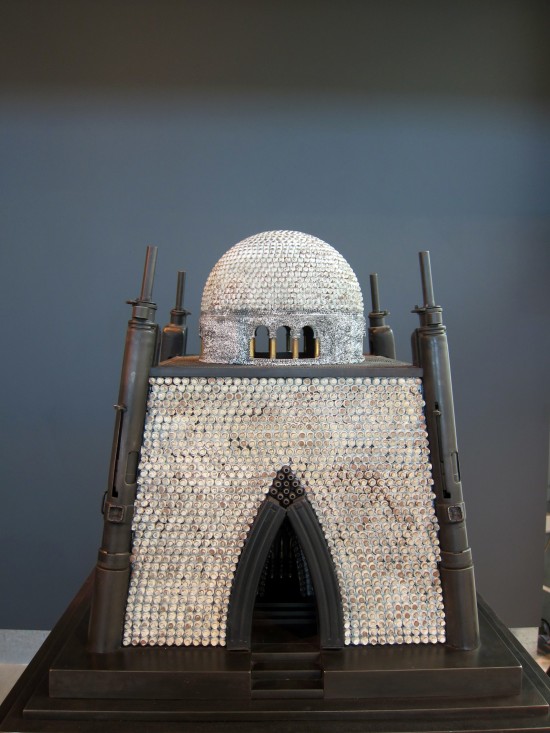 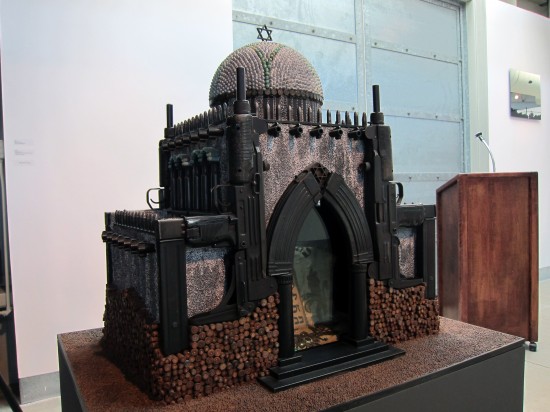 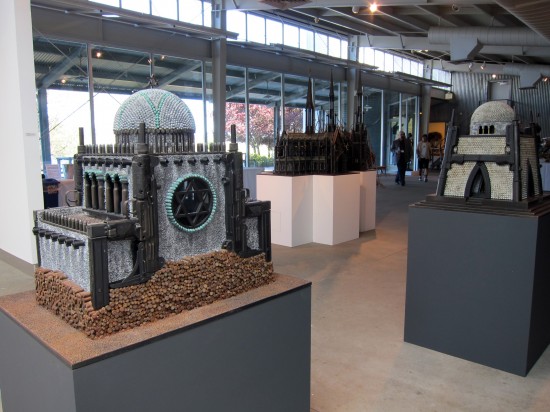 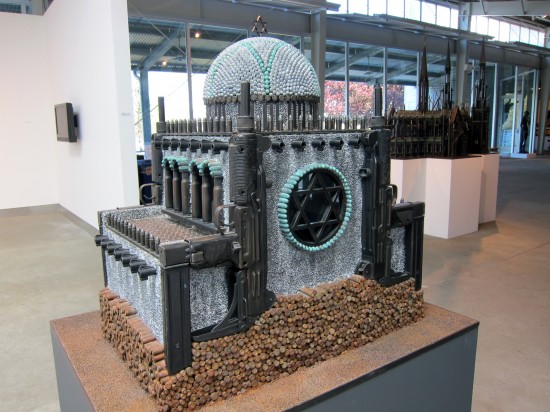 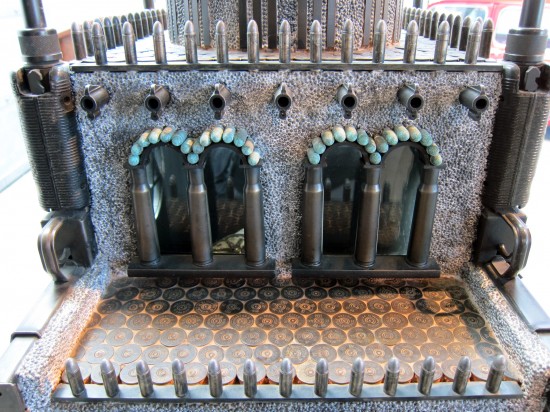 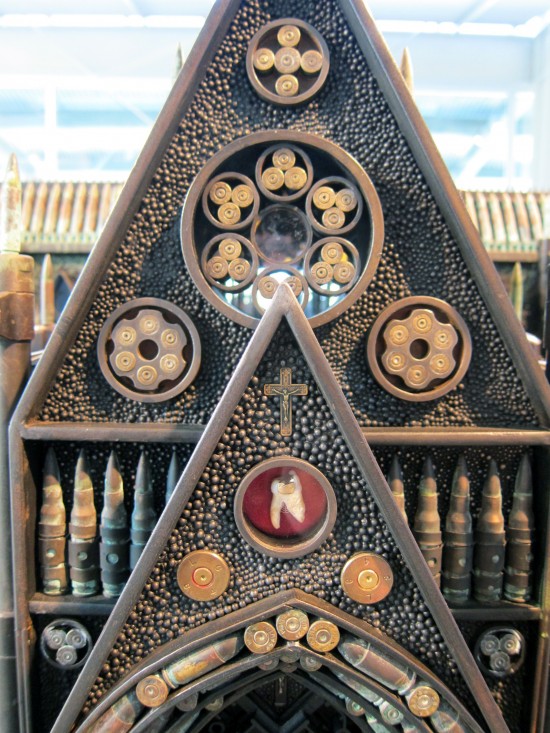 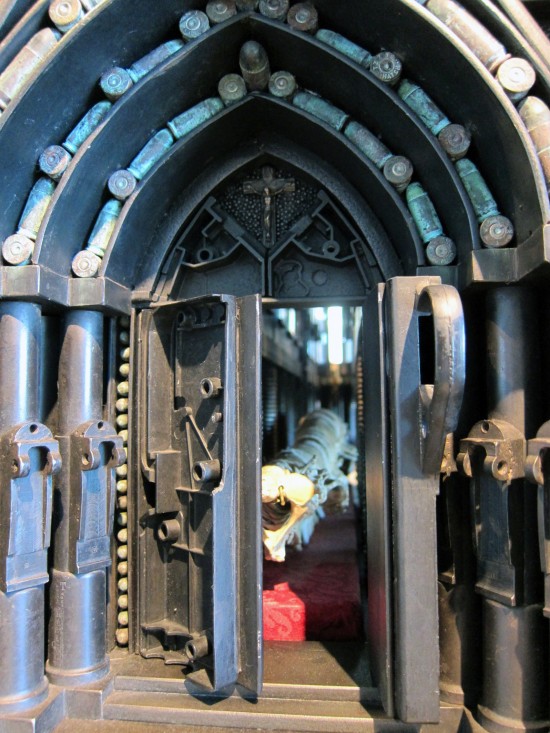 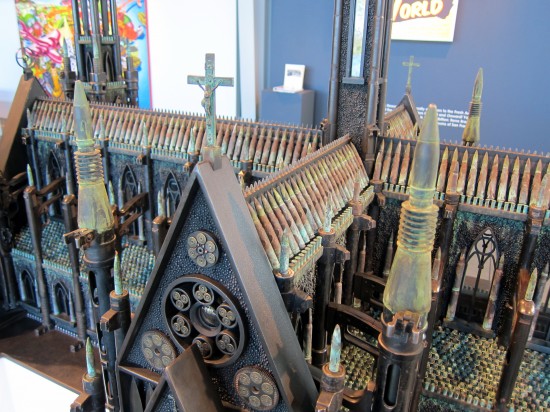 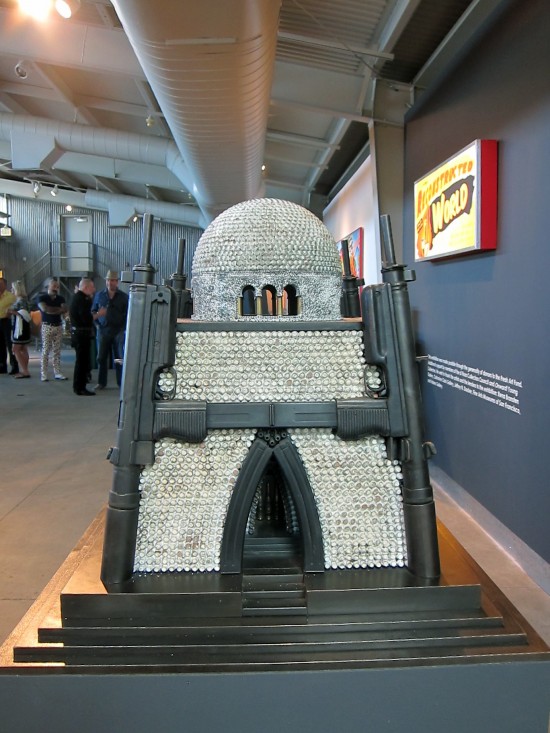 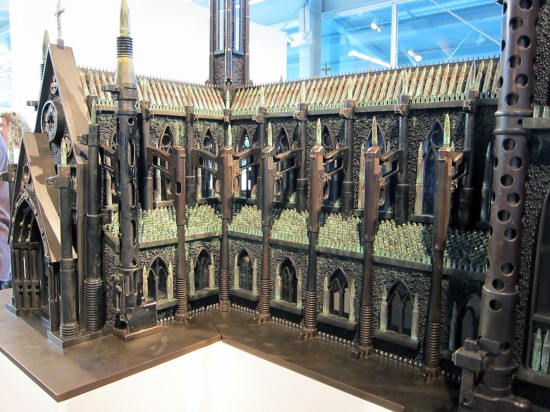 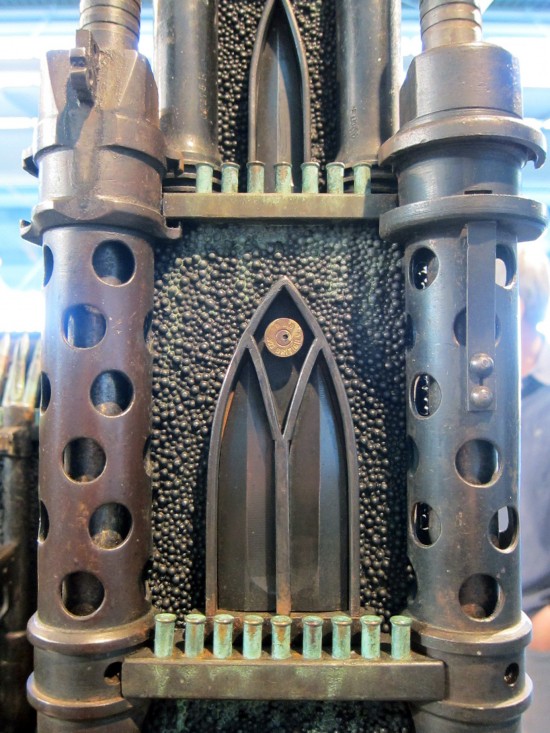