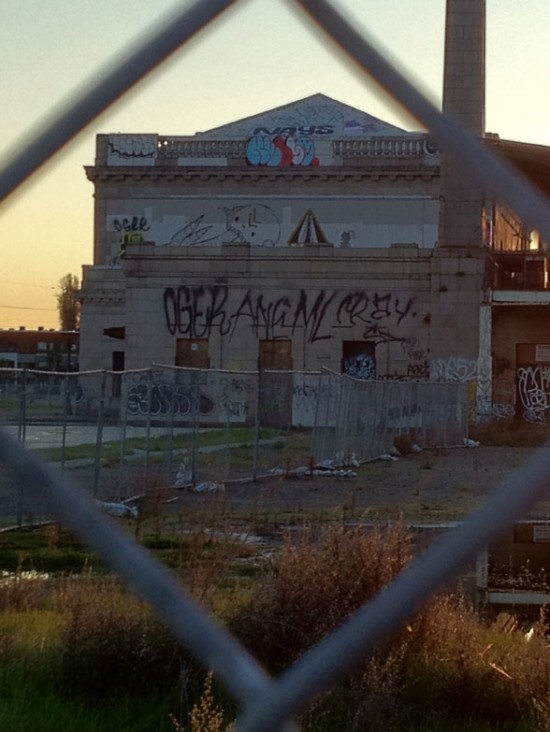 West Oakland’s 16th Street train station was designed by architect Jarvis Hunt, and it opened for business (101 years ago) in 1912. In its early days, the station made Oakland a major transportation hub. In later years, Hollywood actors came to Oakland to film inside the station’s Beaux Arts architecture. 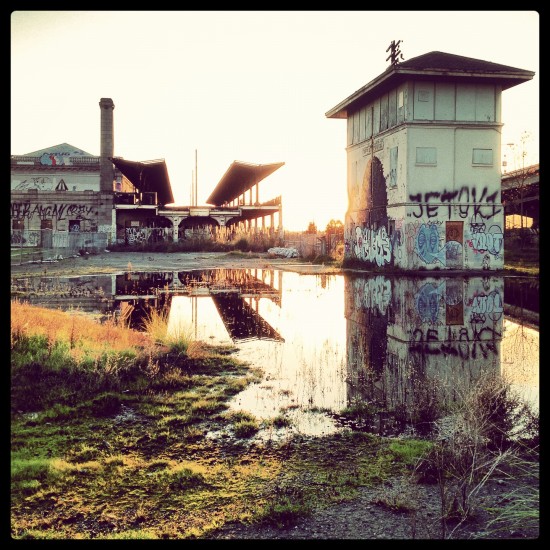 After suffering significant damage in the 1989 Loma Prieta earthquake, the 16th Street train station was closed. In 2005, BUILD, an affiliate of BRIDGE Housing, purchased the station with a plan to restore it for use as a community center and arts facility. This plan seems to have stalled out with the economic downturn and a restoration estimate of some $30 million. 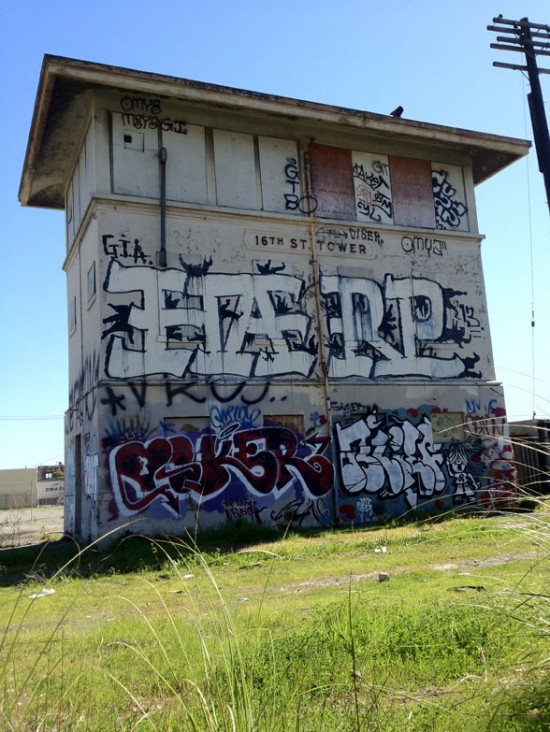 A couple months ago, intrigued by the graffiti-covered “ghost train station” I could see from the 880 freeway, I visited the building with my camera. But until this weekend, when the wonderful Atlas Obscura organized an expedition/fundraiser, I’d never been inside. 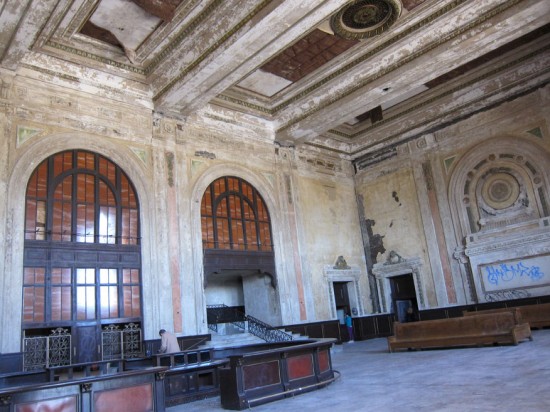 Here’s a look at the main station area. Behind me, a film crew built faux marble steps to nowhere for Nicole Kidman. From The Atlas Obscura:

The crumbling station at 16th Street in Oakland is the last remaining relic of the Bay Area’s glory days of rail travel. At one time, the city of Oakland was graced with three monumental train stations, greeting immigrants from the East to a new life in the Bay Area, and providing transport to locals on the area’s many interurban railways. The classically inspired Beaux Arts style building replaced an earlier, simpler wooded structure, and shows the marks of the growing “City Beautiful” movement that had begin a few years earlier. The movement encouraged the construction of sites of inspiring grandeur, designed to elevate the cities around them. Today the grand historic structure stands empty and gated off, a target for petty vandalism and some truly terrible graffiti. The current owner is working to raise the funds to restore the station as a community center or arts facility.

I’m not so much of a Beaux Arts guy, so I made it my task to photograph the graffiti. With an iconic East Bay Swampy piece on the train station’s roof, could the graffiti inside be “truly terrible”? 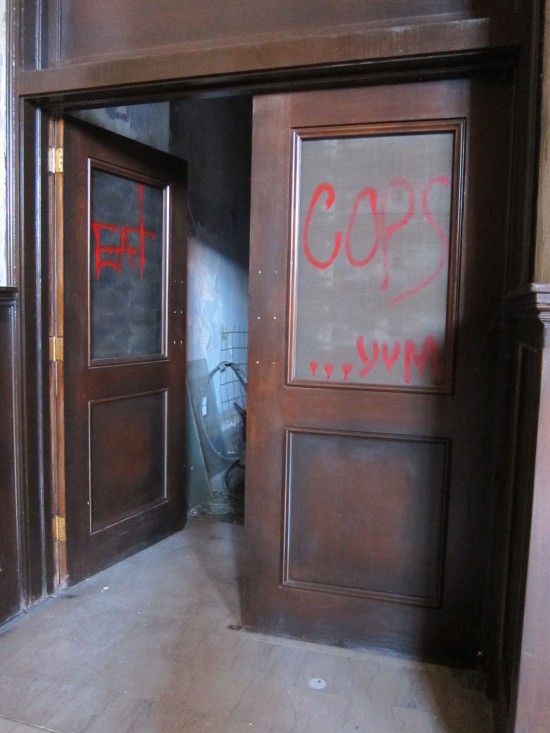 Sadly, the answer is “kinda yes.” Trust that what you’re seeing here represents the more intriguing tags and art I found inside the station and beneath the platform. (Due to a lack of structural integrity, we were not allowed up the stairs and onto the platform.) 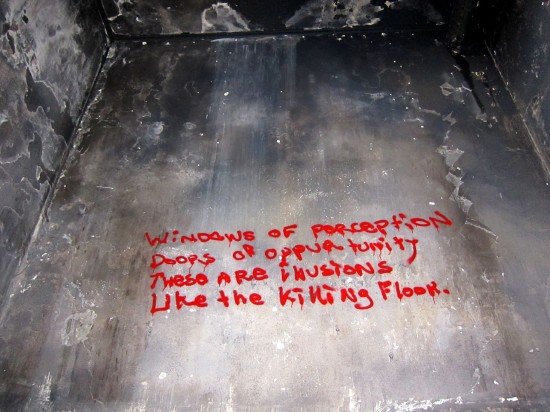 Sure, I dug seeing a Smiths lyric (scroll down for it) and station restrooms that looked straight out of The Shining (scroll for that too). But I can’t help thinking how epic it would be if BUILD organized an event like Special Delivery, the recent curated graffiti exhibition in a (pre-demolition) Berkeley warehouse. 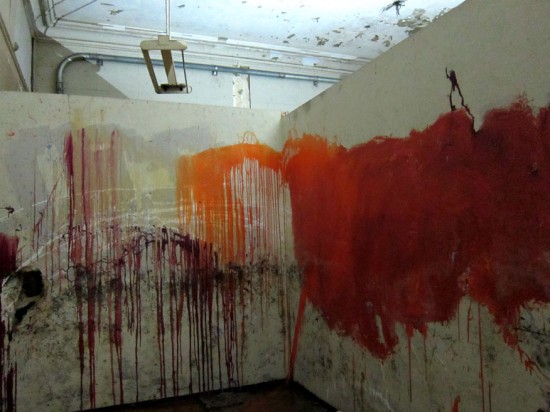 Join the Atlas Obscura tonight at DNA Lounge in San Francisco for a salon featuring photos from the 16th Street Train Station outing and an evening of discussion on the Bay Area’s Great Age of The Rail. Tickets are available here. Unfortunately, I can’t make it, so here’s what I saw. 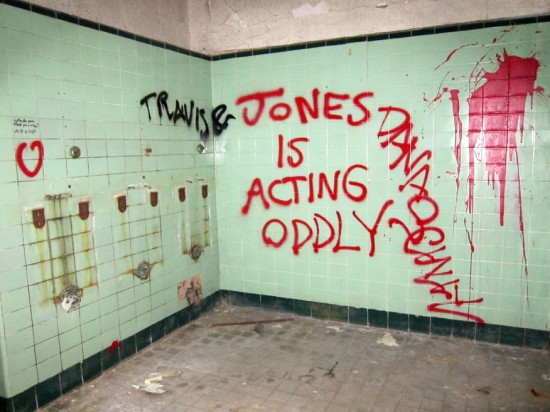 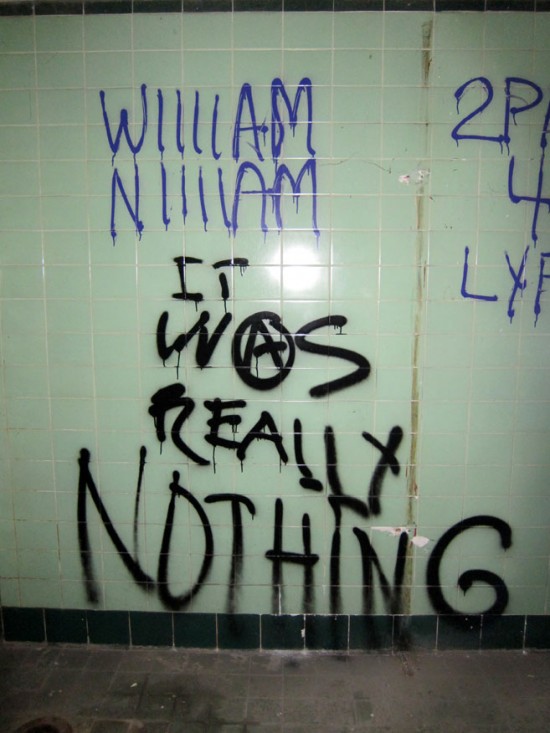 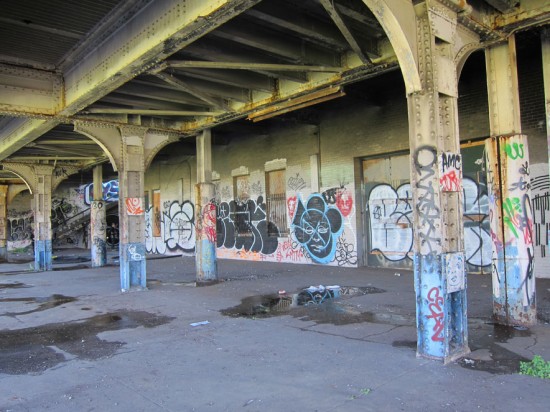 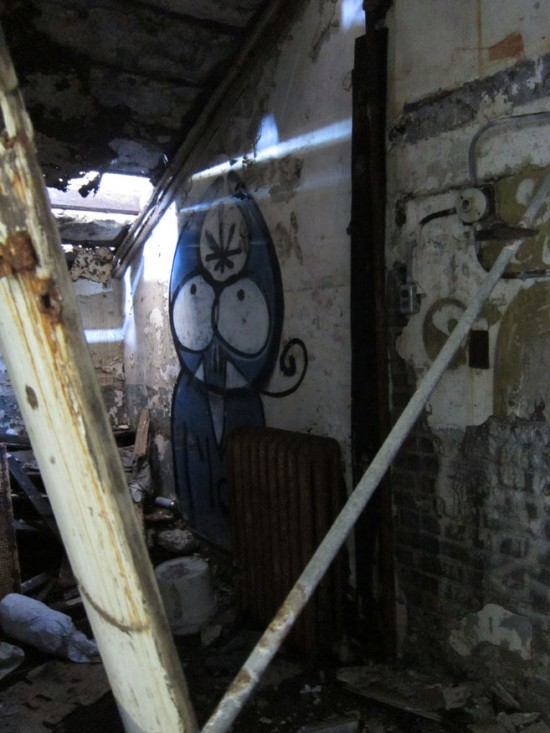 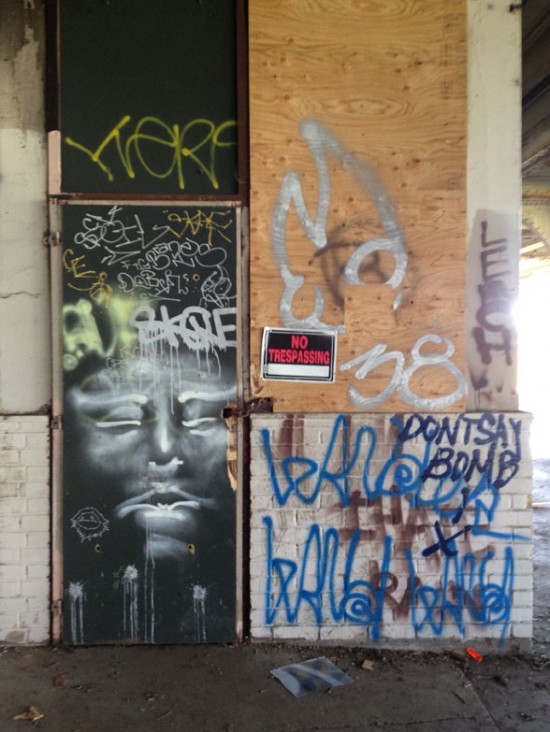 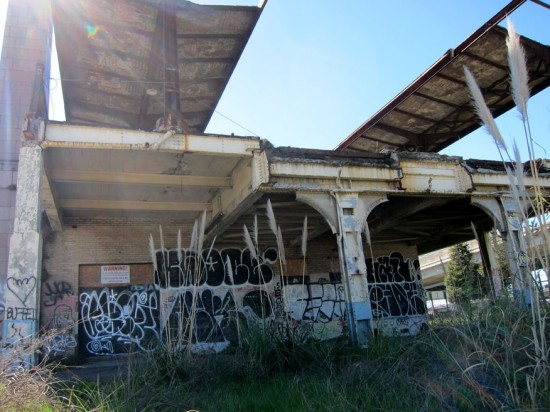 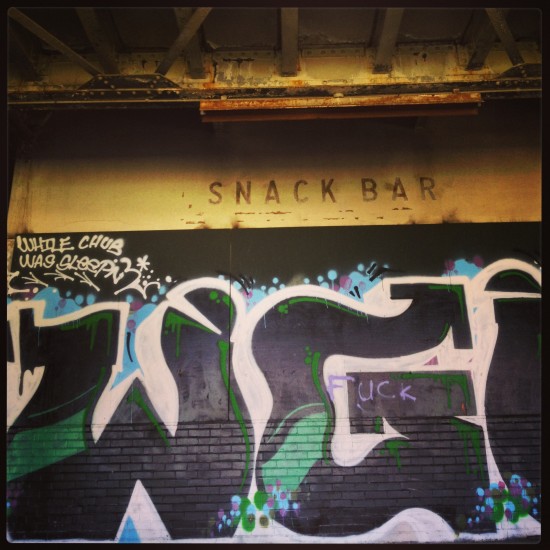 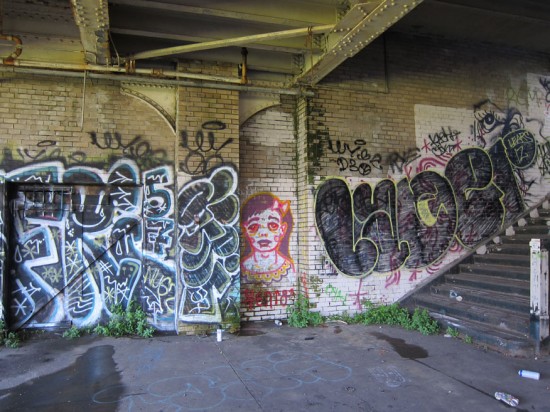 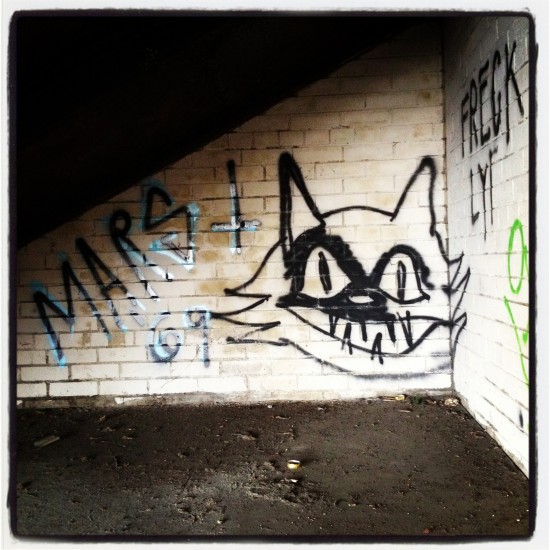 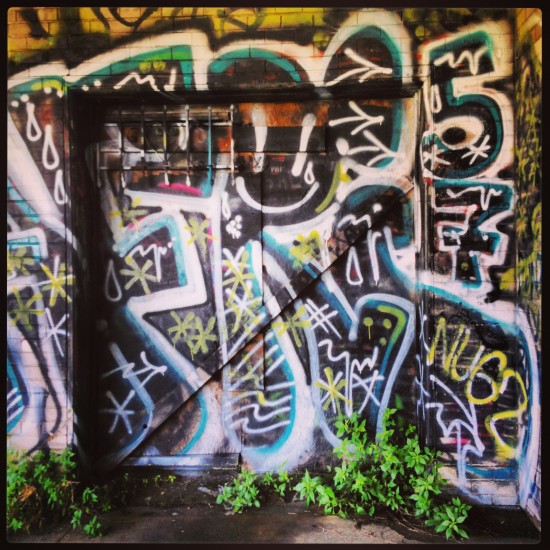 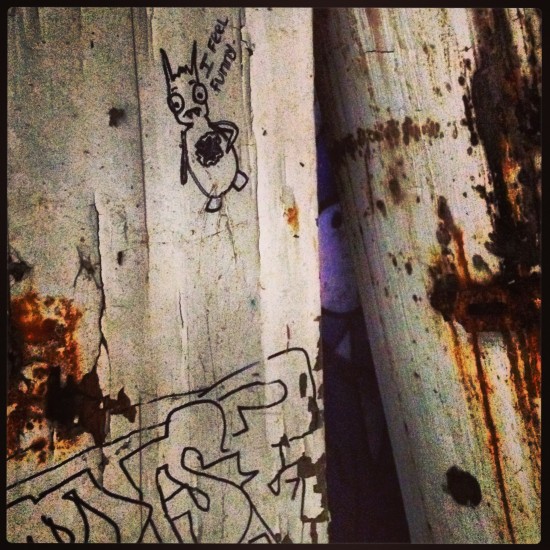 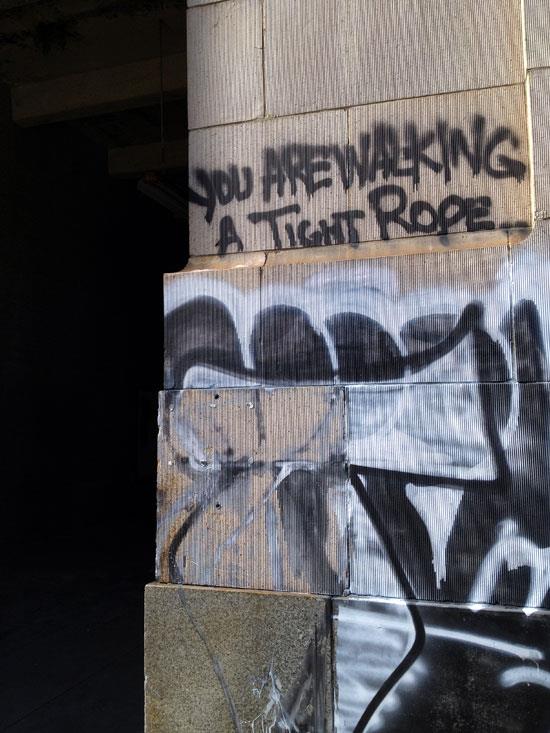 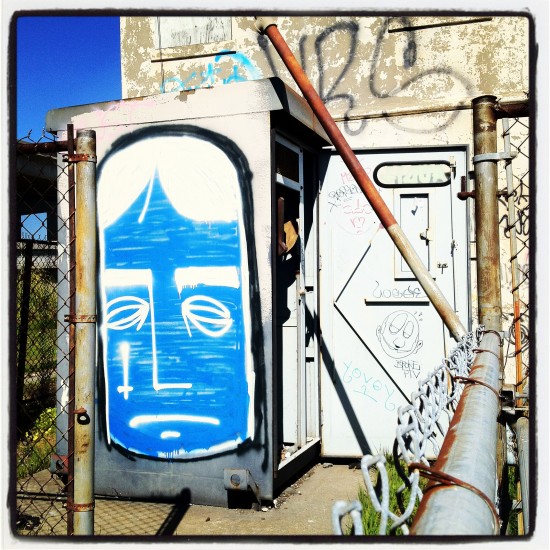 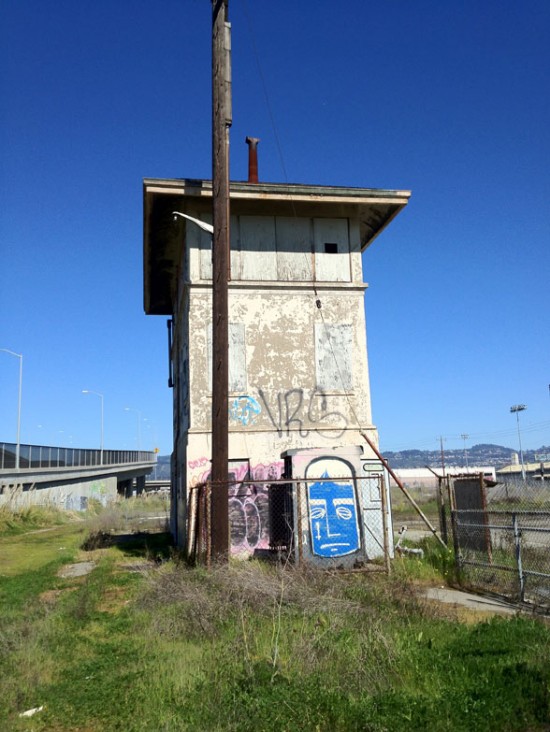 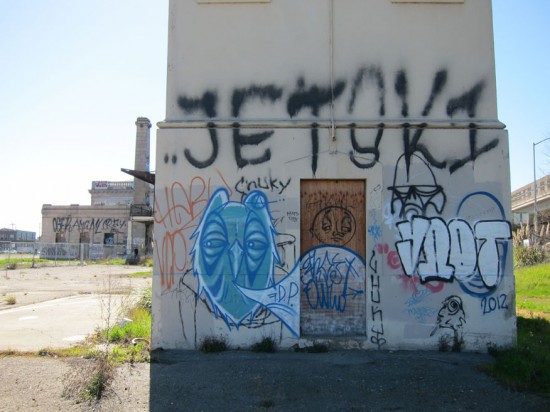 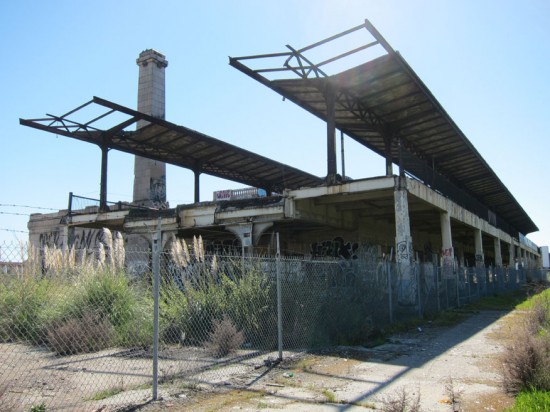 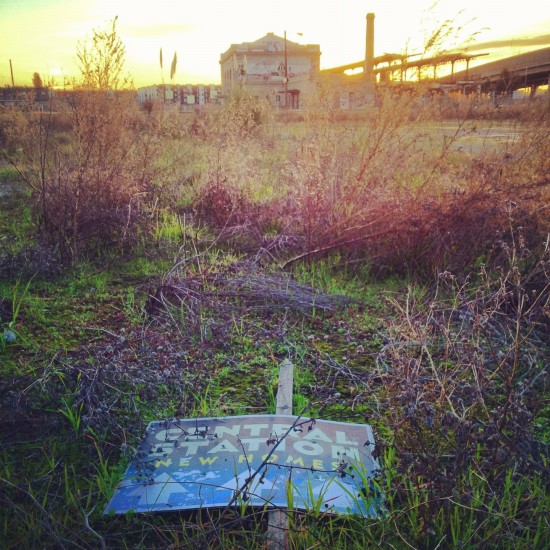