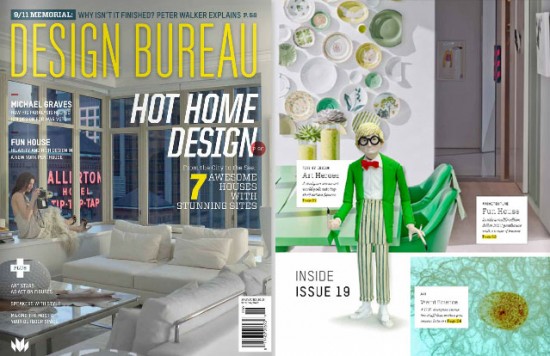 The latest issue of fantastic design magazine Design Bureau is on news stands now! For this Toys by Design column, I chatted up my pal, art instigator Mike Leavitt. In addition to showcasing the Art Army Royalty, Mike talks about inspiration, “adult educational toys” and his Norwegian DNA. 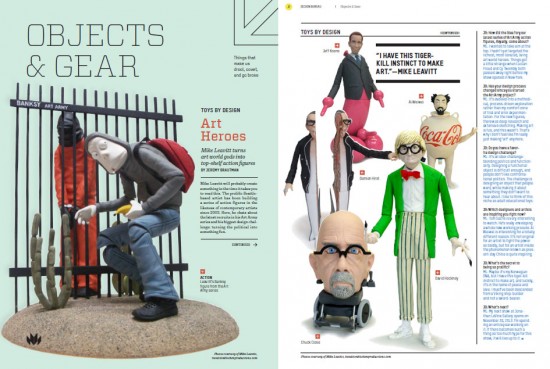 On a personal and print-nerd level, I’m stoked that Mike’s Art Army figures appear on 3 pages of the magazine. The May/June 2013 issue of Design Bureau also means 5 years have passed since I first interviewed Leavitt for ToyCyte! (You can re-read that interview here.) There’s a lot more to this TbD column on Mike Leavitt, and one of these days, I’ll get around to posting the whole chat. In the meantime, grab a copy of DB in stores or subscribe here. 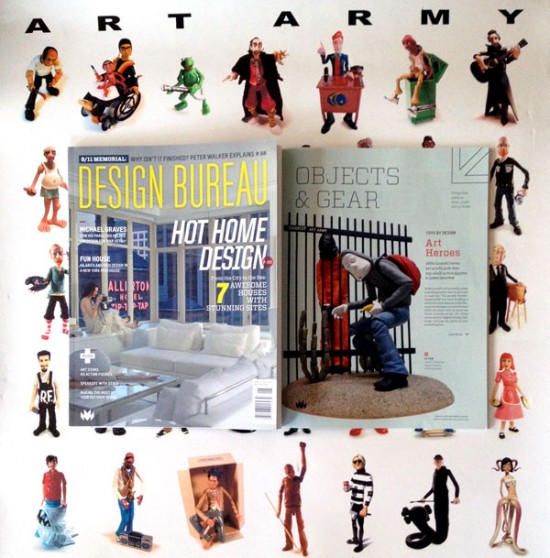 And keep your eyes on Leavitt. He’ll be closing the year with a follow-up to his successful solo show at Jonathan LeVine gallery, and to quote Mike: “The Art Army will look like a kids’ game after we’re done with this.” He’s been working in secret on the new body of work all year long: “[It’s] twice as much [time] as I’ve ever spent on any show or project ever before. If there becomes such a thing as too much hype for this show, it will live up to it.” Whoa! P.S. If you dig the poster underneath the magazine above, it’s from an edition of 25 Art Army posters. That one’s mine, but a few are still available directly from Leavitt here.