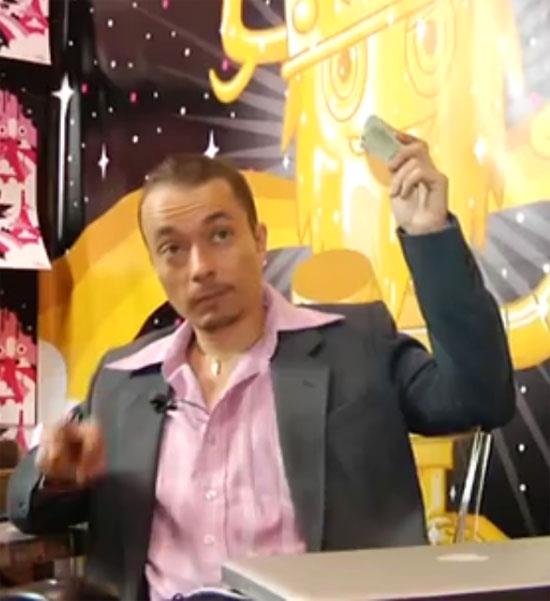 This is week 2 of an ongoing series of SUCKtalk with The Sucklord. Each week, I’ll be chopping it up with The Supervillain about Bravo’s Work of Art. (If you missed our week 1 chat, you will have no idea what’s going on, so click here.) Let’s begin.

THE SUCKLORD: No empty pleasantries. Let’s stick to the meat of this.

JB: Your piece last week: it was a little weak. Did you agree with the judges’ assessment? 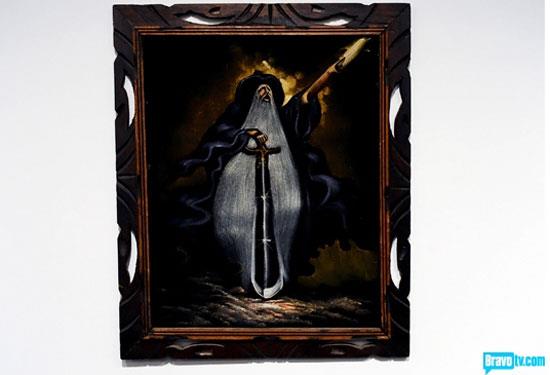 THE SUCKLORD: It was a pretty terrible piece of artwork. I saw the [kitsch] painting, and you know me, that’s my shit. The image in the painting is derivative of the Frank Frazetta poster used to promote the Ralph Bakshi Lord of the Rings cartoon in 1978. That was my second favorite movie after Star Wars (until Empire Strikes Back came out). Somehow seeing that painting turned me into an 8-year old, and I made a piece of artwork that an 8-year old would have made.

I’ve always had this problem with Lord of the Rings. I have too much reverence for it to really do Sucklord irony. I could take Star Wars and fuck it up in every conceivable way you could imagine no problem; it lends itself to that. But I’m touched so much by Lord of the Rings that I can’t do the Sucklord schtick to it. And so I made something really literalistic that an 8-year old version of myself would have made and it cost me. The judges were right. To an extent. 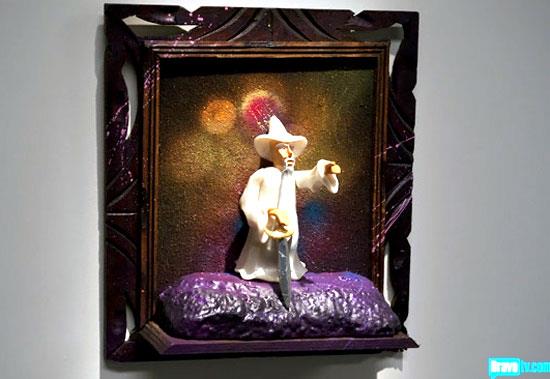 Work of Art Kitsch challenge by The Sucklord

JB: Not all of the judges hated it though. Mary Ellen Marks said it “spoke to her”. What do you think it said?

THE SUCKLORD: I don’t know. The only other thing she said further was in the Bravo extended deliberation: “He’s different from everybody else here.” So I don’t know if she was necessarily impressed by the piece or maybe she saw something in me that seemed to have value beyond just the actual presentation of the piece. I don’t know. I’ve never met her. But if I do meet her, I’m gonna fucking kiss her hand because she saved my ass. 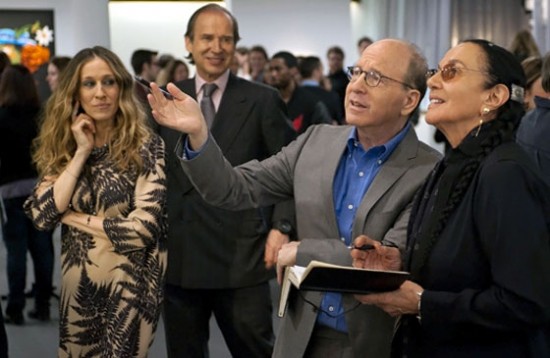 JB: Also in that extended deliberation, Bill Powers made the comment that toy art can sometimes be treated like the ugly stepchild of the art world. Do you feel there’s any snobbery toward you from the other contestants?

THE SUCKLORD: From the contestants? No. From the judges? Yeah. But unfortunately I gave them a reason to look down on me. If I’d done something fantastic that people in our community could look at and say ‘that’s a strong SUCKpiece,’ then I don’t know what their reaction would have been. I’m very regretful for this. To all the fans and people who’re rooting for me to succeed as a toy artist, I would like to sincerely apologize for handing in a turkey on the first one.

JB: Do you think the judges will grow to get it?

THE SUCKLORD: The thing that did make me a little nervous was when Bill Powers said something to the effect of that toys and street art are sort of the same thing. I can understand why he would say that, but I think it belies an only cursory understanding of how deep the toy world really goes. Because if you look at that piece that I made… 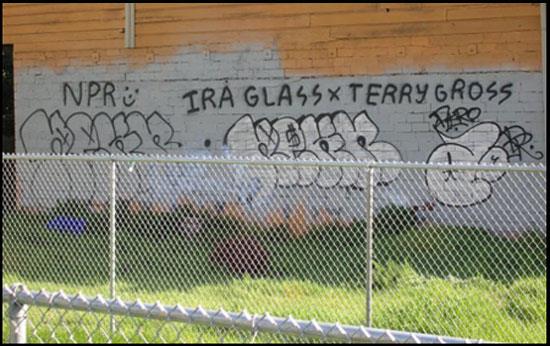 THE SUCKLORD: Right. I was referencing the 1979 Knickerbocker Gandalf figure that I never got to own, and I know that’s not edgy, and it has nothing to do with street art but I will offer to you that it was real. I made the fucking nerdiest thing I could have ever made. I wasn’t thinking about hip hop or irony; I was thinking about a vintage Gandalf figure that I never got. Sometimes I’m inspired by the nerdiest fucking thing you can imagine. Unironically. I hope that doesn’t work against me…

Anyway, I think it’s a common conception for people who only really discovered toys during the designer toy movement [to pair it with street art] because a lot of those early toys by Michael Lau and Futura had a hand in street culture and hip hop. I’m into that shit too, but I’m also drawing heavily from the ancient lore of toys: Star Wars. Lord of the Rings. G.I. Joe. Fischer Price. Playmobile. Fucking LEGO. I have more in common with that than graffiti. 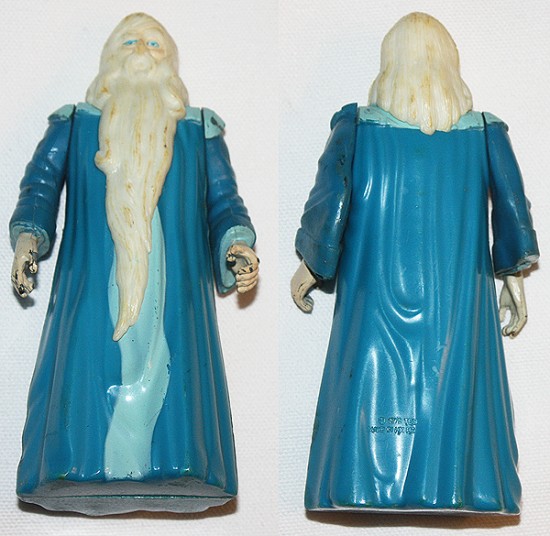 JB: I think watching you quote Lord of the Rings quietly to yourself in Episode 1 may help dispel any rumors that you’re hip and “urban”…

THE SUCKLORD: Hopefully, The jury’s still out. I’ve been reading my twitters, and I think people still don’t know what the fuck to make of The Sucklord.

JB: Yeah, so what’s been the overall reaction?

THE SUCKLORD: The consensus pretty much is that the Gandalf piece sucked and that I failed and that I’m failing everybody. But on the other hand, I’ve already had people ask me if I’m gonna make another one and can they buy it. The nerds are cool. Bonnie Burton, of Star Wars.com was giving me shout-outs, and she didn’t seem to care that the piece was garbage; she was just psyched there was a geek up there. Given what was presented up front [by Bravo], people were expecting me to be an asshole, and I think they’re seeeing that I might not be an asshole. I don’t know if they’re disappointed or more intrigued.

JB: This weekend was New York Comic-Con. Have you noticed any changes in peoples’ reactions toward you?

THE SUCKLORD: Not really. It was really good to go to Comic-Con this weekend. It was good to go back there and realize that no matter what happens, I’m always going to belong with these people. And my inclination now is to be even more available and accessible and humble around my people. God forbid all this could go away and I’m gonna need to come home, and that’s going back to the toy crowd. It was good to know that at least now we’re cool and a lot of people were excited that this is happening and that our little world is gonna get a little attention. 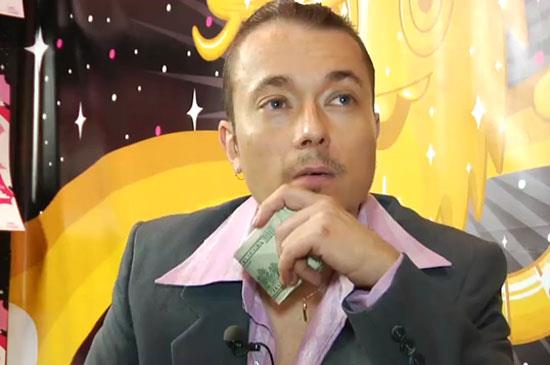 JB: OK, we’re out of time, so here’s two questions from twitter: @TheBlotSays wants to know if you have access to all of your usual tools on the show?

THE SUCKLORD: Yes, I’ve got all the art-making tools and supplies I need.

JB: Cool. @Iamthefourth wants to know who you consider to be your biggest competition?

THE SUCKLORD: I consider myself my biggest competition.

Episode 2 of Bravo’s “Work of Art: The Next Great Artist” airs tonight at 9PM PST. Be there. #TEAMSUCKLORD