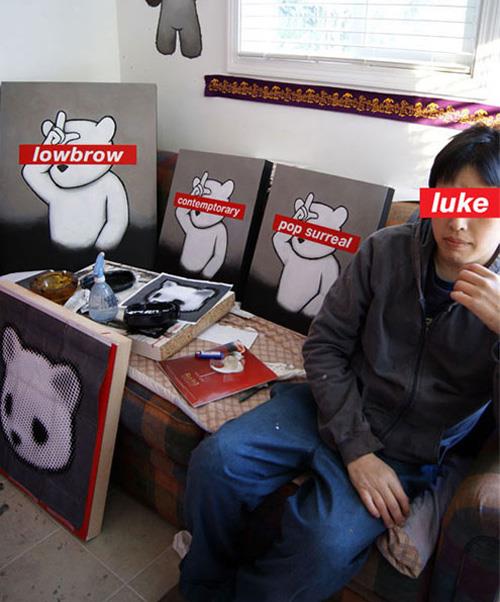 Vannen Artist Watches just posted a correspondence interview I did with Luke Chueh. Therein, we find out which famous person Luke would want to wear his watch, how the LA underground art scene has changed, how the art toy scene has changed, what bums him out, what music he listens to and what it’s like to create a watch. Read the whole thing here. 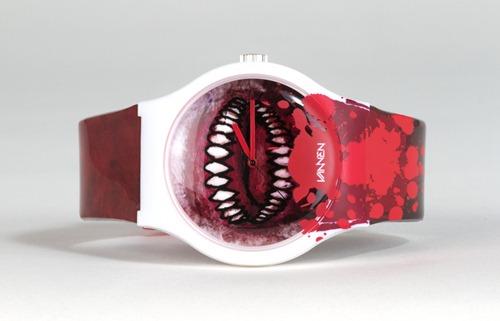 This is a really exciting watch release for Vannen. Luke didn’t do what I was fearing (put the expected butchered bunny on it), and rather, instead created an original painting (that you can win) specifically for the timepiece. The final watch came out terrific, and it will resonate with Luke’s fans, but also a wider group of people who like a bloody, toothy timepiece. It’s definitely a good example of using the watch form as a canvas. Congrats to David and Luke on this one. The Bloody Valentine watch (edition of 150 pieces) is available Sunday, February 13th for $88 each at Munky King in LA and Vannen Watches online. 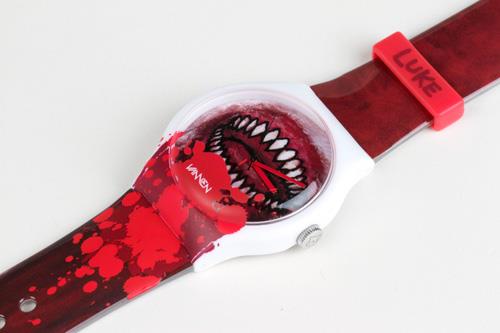 Incidentally, a footnote for the writers among us: Email interviews are tough. They often read a bit flat because you’re not really witnessing a dialog between the interviewer and the subject, but rather two separate monologues. As a result, I can’t clarify a point or be like MTV and “stop being polite and start getting real”. Sometimes it’s geographically necessary or easier or faster or less nervous-making to do an email interview, but it’s almost always never as good. (Yeah, I said “always never”.) Compare today’s interview with Luke with my last Vannen artist interview subject, Huck Gee. That flow is what I’m looking forward to when I visit the studio of an upcoming Vannen artist later this month. Stay tuned!