Every once in a while, you run into artists who see things a bit differently. The Dadaists found art in the ordinary; the Surrealists juxtaposed the unexpected… Well, Jason Freeny sees things just like you and I do, except, much like that mindfreak Cris Angel and his card tricks, he is imbued with the ability to see through them. Also similar to the late, great Leonardo Da Vinci, Jason dissects corpses to ID their innards. But rather than lay waste to all that gore, Freeny leaves a trail of plastic parts and virtual vivisections. It’s been a huge week for the father of modern toy anatomy: there was a signing at NYCC, the release of the new Hi-Fructose Collection with his Balloon Dog poster inside, props from BoingBoing and an exclusive GID Visible Qee. He hinted about upcoming toys back in 2008, and he hints again some more in this interview. 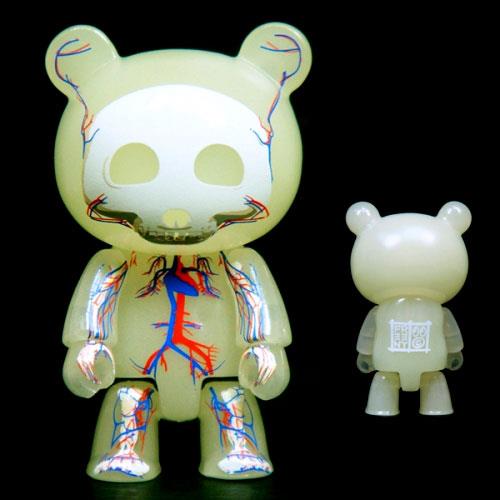 JB: How did you and Toy2R come together for this collaboration?

JF: We had already been collaborating on a few other projects, including the 8″ Visible Qee, as well as a few other top secret items…They invited me to submit some designs, which I did. 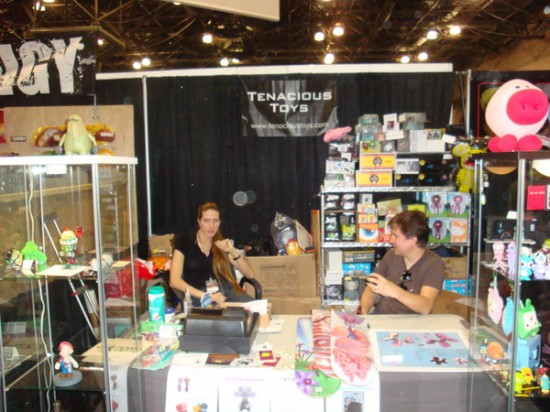 You’ve done a lot of prints and a handful of custom one-offs based on licensed properties…In 2008, you told me “licensing is a great thing.” What’s it like to have these Skelanimals Qees mass-produced?

It’s very promising that established properties are open to this kind of thing. In the past, it was sacred and unheard of to alter a licensed character. Companies are now starting to realize that these variations are good for collectors and the license holder. I only encourage it and hope more stuff like this comes my way.

Despite the fact that these are being made in editions of 1000, that is still pretty limited by mainstream toy standards. Your new Qees are further limited to only 500 on this continent. What’s the most exciting thing about a limited edition?

Any time a designer’s work is picked up by a production company is good in my book, whether there are 1000 or 10. I think that is the goal of anyone in this movement, especially someone like myself who normally couldn’t afford to have them produced on my own. Most collectors dont realize that people can buy their way into the scene if their pockets are full… Whether they sell or not is another thing…

Your first anatomical illustration was for Penthouse. When did you begin doing the anatomy of toy series of works?

I started the anatomies back in 2006 and offered my first schematic illustration “Pneumatic Anatomica” (Balloon Dog Anatomy) in 2007. 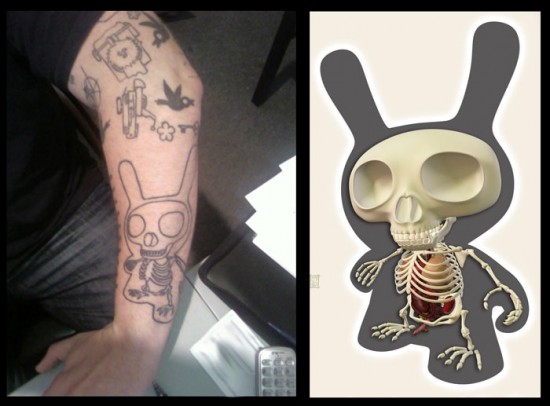 At the time, did you know it would get coverage in all sorts of different places and eventually that when people wrote your name, they were meaning it to be “you know, the guy who does those anatomy toy drawings”?

It took me a long time to realize that in order to make a name for yourself you had to do one unique thing and do it well. I had always taken pride in the fact that I did all sorts of things like drawings, paintings, sculptures, as well as all different subject matters. While I was receiving some good feedback, nothing was really “sticking”. It wasnt until I started working out anatomical toys that I found a subject in which I could continue and not feel repetitive or get bored. But to answer your question, no, at the time I had no idea this would be where I would fit in. 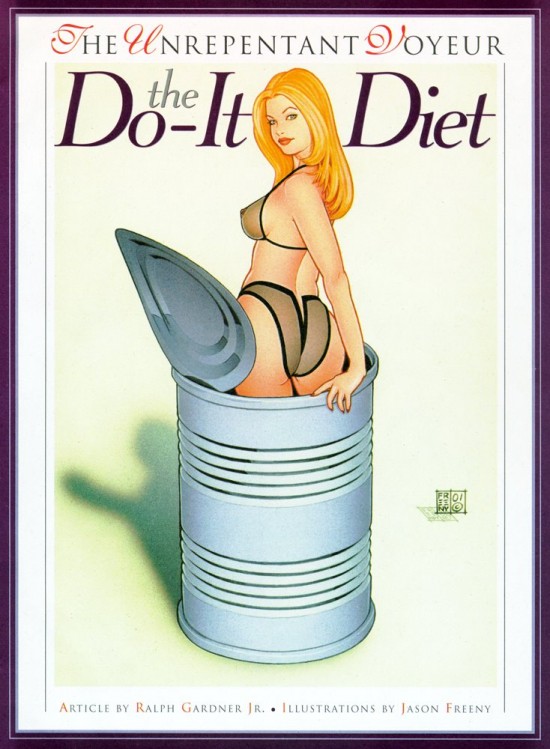 Is it crazy because you were previously “the guy who does those NSFW pin-ups”?

The time I spent illustrating for magazines like Penthouse and Hustler was fun (late 90s and early 00s). I was young and enjoyed the subject matter, but what it really was was a way to pay my bills and eat.

Speaking of NSFW, your other anatomy Qees are blue, but they’re not BLUE. Where’s those reproductive organs?

It is up to the license holder whether their character will be anatomically correct. Doesnt bother me either way. When I do an illustration on my own, I usually give them proper anatomy. There is nothing dirty about it. 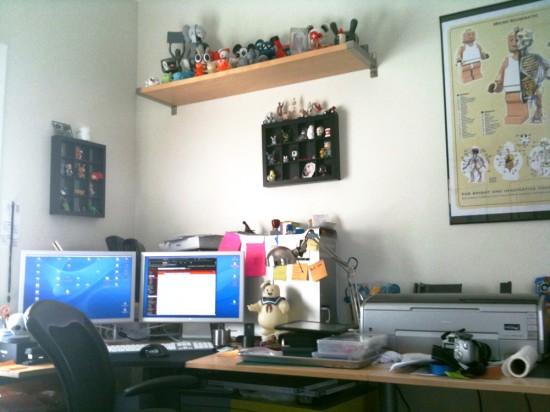 Agreed! You are/were a Qee collector…what are a few of your favorite Qees?

Want to share a teaser or two for some upcoming projects?

I have a few items I cannot discuss, but I may be able to drop a HUGE bomb in the next few weeks… 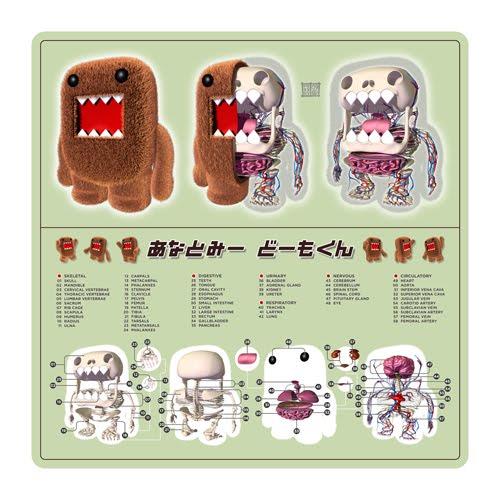 Pink Floyd: The Wall. My wife hooked me up with some tickets to Roger Waters’ 30th anniversary “The Wall” at MSG, and I’m still reliving the concert in my head… Wow, just wow… 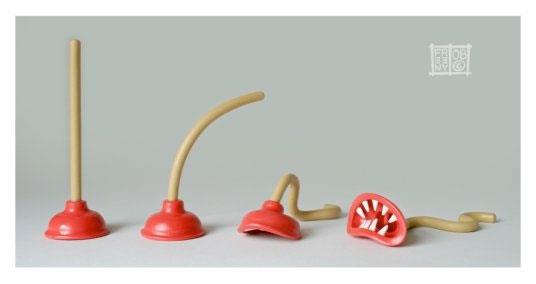