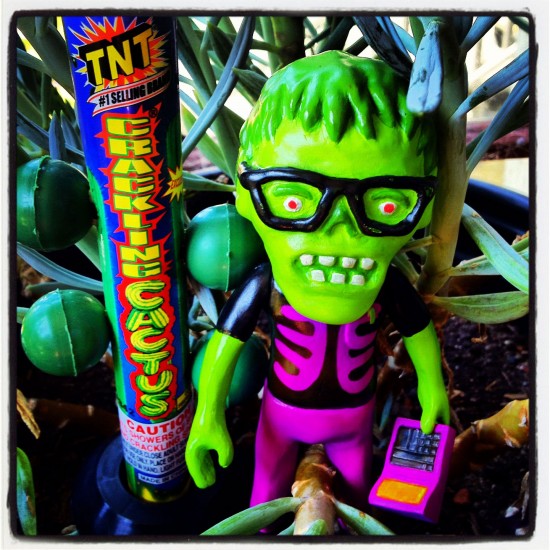 When last I checked in on Portland-based artist, Joseph Harmon, he was making astral-aboriginal-animal-psychedelic-plant-people hybrids. These days, he’s making zombies.

Dewey was a model student and gifted mathematician. One day he stumbled across a math formula to have sex with a woman. After successful completion of intercourse, he would have the misfortunate curse of being turned into a zombie. 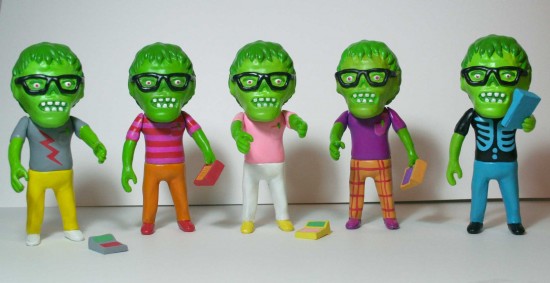 Harmon collects older toys and prefers to “find them in played with condition or with little markings on them a kid made.” For the toys he designs, sculpts and paints, he carries over that aesthetic into ‘playability’. Dewey, for instance has magnetic articulated arms and a calculator accessory. What kind of artist envisions hipster zombie mathematicians? Find out in this interview!

JB: What have you been up to since we last talked?

JH: I’m going to have a ton of new resin toys soon-ish. Right now, I’m in the process of sculpting everything. I’m going to get a gallon of mold again and cast five or six figures at once, like a maniac. Although it doesn’t sound like it, I’m really taking my time and not rushing things. I’m pretty excited about all that. I’ve also been working with this awesome pinup girl zine called Whistle. I just finished up a sweatshirt design for them, and I think we’re going to be doing more of those. They’re just getting started, but doing some really cool stuff. 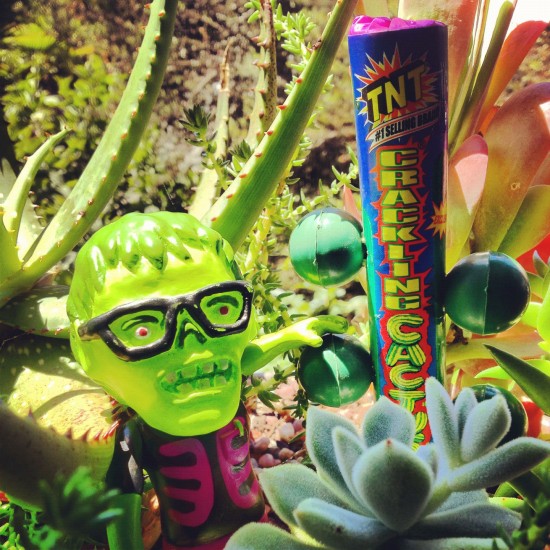 The most recent thing to inspire me was called The Burrito Trio from a local Mexican restaurant. It was filled with vegetables, shrimp and chicken, and it had some weird ass sauce on it that was delicious. There was some old guy with an eye patch and a cowboy hat wearing a suit standing around, too. That kind of stuff. 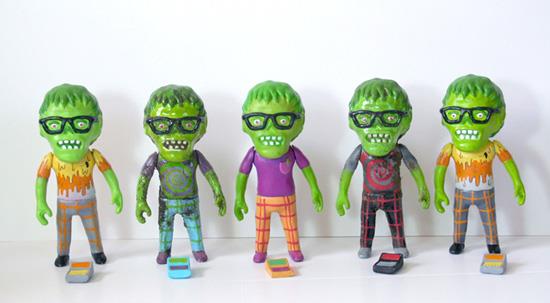 How do you come up with your characters? (Mental note to watch out for a forthcoming toy that’s an old guy with an eye patch and a cowboy hat)

I like a lot of cheap toys from the 80s. Like the knock-off M.O.T.U. toys, Remco figures, Supernaturals; stuff you would find at Big Lots, The Dollar Store, or places like that. I also like a lot of bad 70s/80s trashy direct-to-video movies. It’s a combination of a lot of really crappy things.

Awesome! What was on your mind specifically when you brought Dewey into this world?

I wanted to make a figure of a hipster geek that was really good at math and would do anything to get laid so he did some magic spells from an ancient math book and got cursed and turned into a zombie.

Choose one: Alive without sex or Undead and getting some?

How am I going to get any art made if I’m dead and having sex all the time? I got work to do man. Sex is overrated anyway.

Was the coffin screenprint a collab?

Yeah, I did that with my friend Matt from Goodnight Sweet Prints. It’s a local print shop. Matt does really good work. 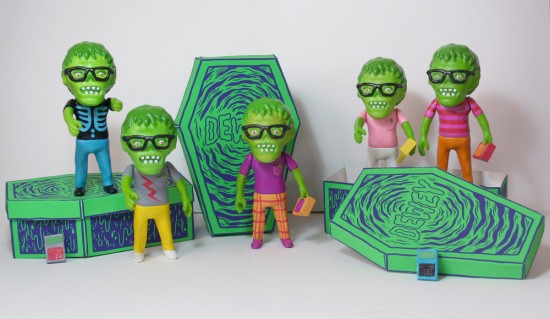 With your resin figures, are you using humor to convey deeper messages or just having a good time?

I’m just doing whatever I want. It definitely leans more towards having a good time, but I try to stay open to anything.

What do you do when you aren’t making art?

I hang out with my daughter a lot. I’m a big fan of swimming pools and diving boards. I read some books sometimes. I like to watch basketball, too. 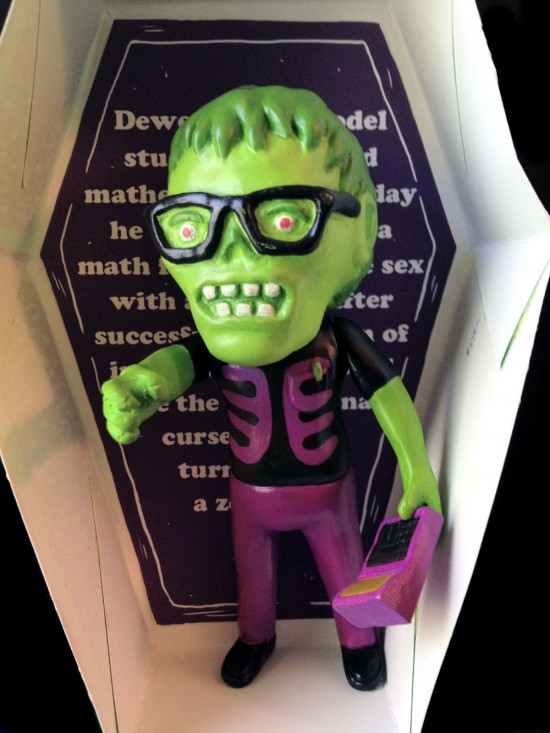 What music are you listening to right now?

I’ve been listening a lot to the Cramps, the Oh Sees, the Gun Club, the Gory Details, We are Hex, the Units, the Screamers, and a lot of other stuff I can’t seem to think of.

Are you looking forward to Halloween?

I will always look forward to Halloween.

Get your own Dewey resin toy for $50 here. There may also still be one or two figures available through Grass Hut’s Spooky Shop here. 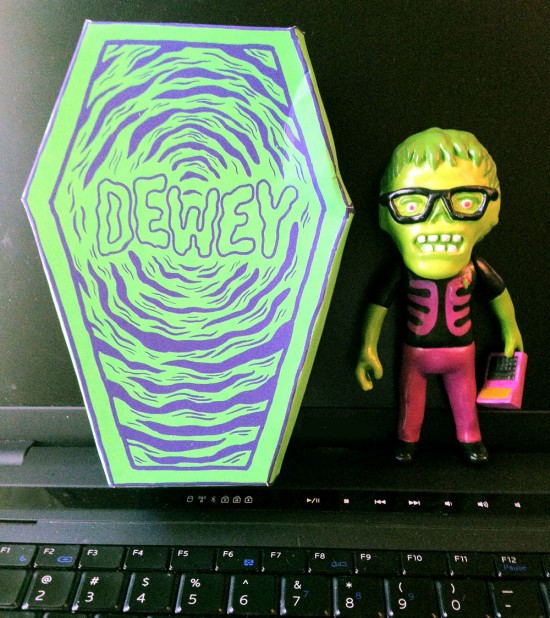