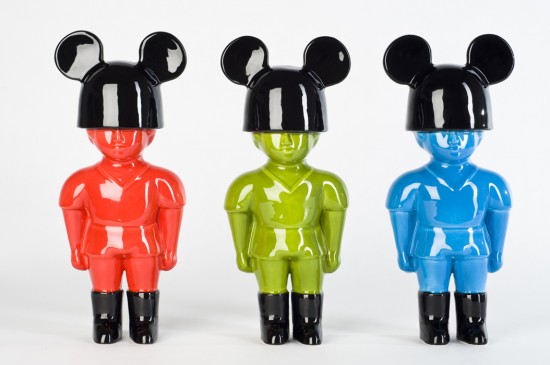 I’m really digging the neo-pop art work of Barcelona-based Quim Tarrida, whose first exhibition in the U.S. opens tonight at Toy Art Gallery. If You Blink, You’ll Miss It highlights Tarrida’s sculptural work across several mediums: resin, ceramic and fiberglass. Together, the “neo-pop” character-based structures form The Subcutanian World, Tarrida’s personal universe, which he describes as “a microcosm inhabited by strange, metamorphic and viral beings, true anti-heroes on the verge of the uncanny.” 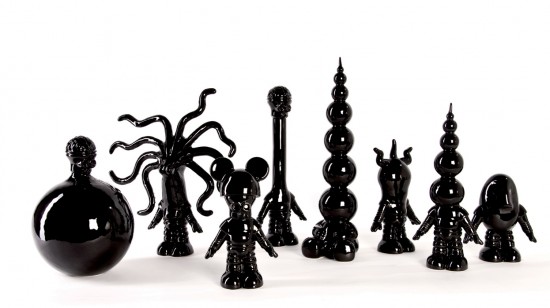 I find Tarrida’s neo-pop art figures very intriguing. For toy collectors, The Sub Sub Family (above) can almost pick up where Mars-1’s metaphysical mini-series, The Invisible Plan (and more recently: this) left off in 2006. There’s also something very appealing about Tarrida’s ceramic overturned troll vase, Relaxing in Blue (below). I bet Toy Art Gallery currently feels like a subversive, subliminal theme park (not unlike Disneyland).

From the press release, written by Jordi Costa:

His discourse searches, among the forms of popular culture, for those nodes of tension which can allow us to challenge a present where the all-powerful violence has [been] hidden behind the mask of kindness, of what is apparently innocuous. In short, of what is seductive….Quim Tarrida’s gaze deciphers the buried blood circuits of violence in an anti-Utopian reality which has sophisticated its mechanisms of control until disguising itself as a fantasy at the service of the user. 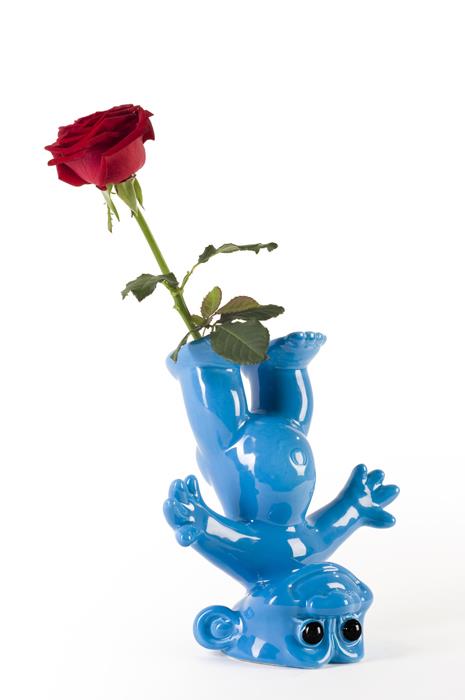