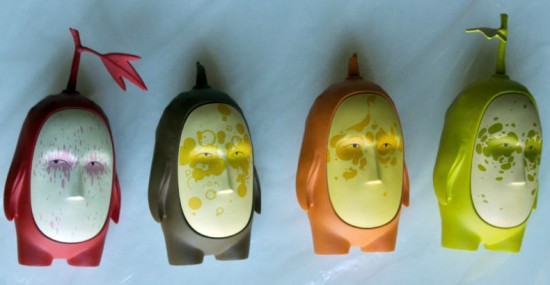 There is a full set of Brendan Monroe‘s very hard-to-find Sours on eBay right now. Monroe now lives in Sweden, and to my knowledge, this is his only foray into toy art. The figures were sculpted by Dave Pressler and released by Android8 in 2005. 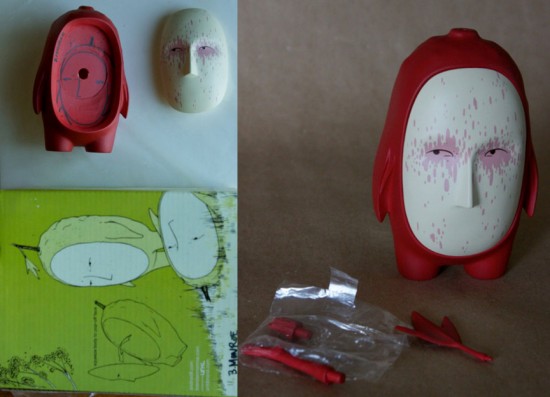 I hadn’t know there were drawings behind the faceplate. So incredible. A collector who owns one of these commented on Rotocasted:

Someone said online that there are two different strands in vinyl figures, designer toys and art toys. This for me is what the term art toy is all about!!!

I completely agree with this statement.

I would love to acquire the set, but alas, the seller is asking for $1,249.99 (although you can try to make an offer). Interestingly (and of note to any spec-collectors out there), the Sours are one particular art toy that has really risen in price over the years. I found a post from 2007 mentioning that the full set of Sours had recently sold for $800. 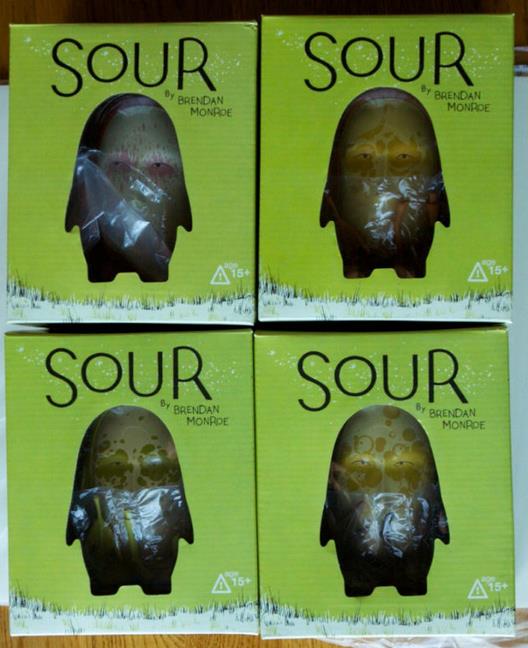 I think that a couple of factors play into the value of these figures:

Good luck to whoever becomes the new owner of these. Stake your claim here. I’m already jealous.